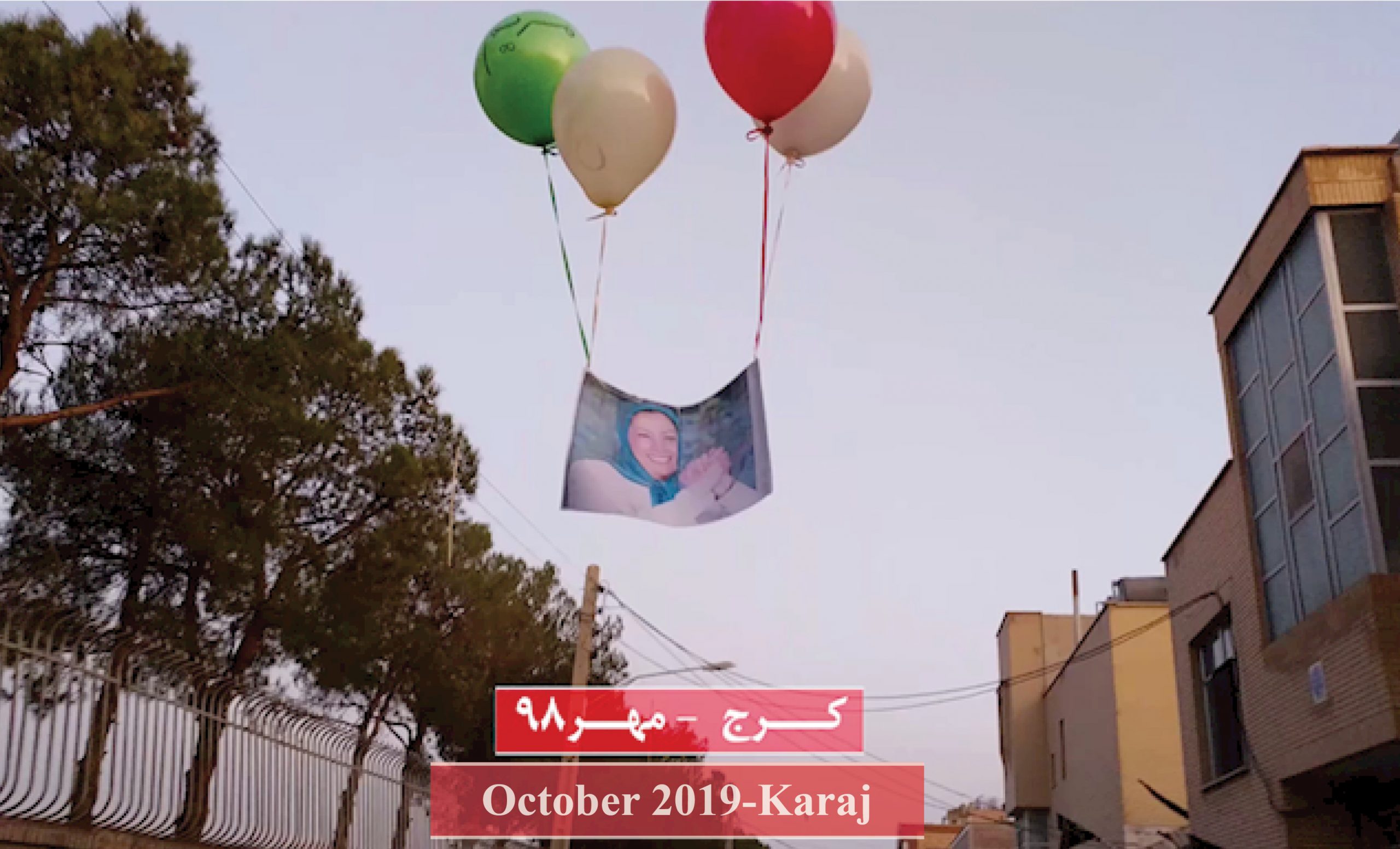 By Azita Carlson
MEK’s resistance unit broad activates in provinces of Iran.
On the anniversary of appointing Mrs. Maryam Rajavi as the President-elect of the National Council of Resistance of Iran (NCRI), the MEK’s resistance units engaged in broad activities in Iran.
Following are some of these activities.
Mashhad:
An MEK resistance unit posted a big banner of Massoud Rajavi in Honarestan ST. in Mashhad.
The banner reads: “Down with Velayat-e Faqih, Long live Rajavi”
Tehran:
MEK’s resistance units in Tehran, the capital, put up a banner of Maryam Rajavi in Niavaran Highway. On the banner was written:
Maryam Rajavi: “We can and we must overthrow the Velayat-e Faqih’s regime”
Another resistance unit hung a similar banner over a bridge in Damavand Highway.
Kerman:
Resistance units of MEK hung a banner of Maryam Rajavi.
The banner reads: “Stand up for overthrowing the Velayat-e Faqih regime”
Ilam:
In the eastern province of Ilam, resistance units of the MEK put up two banners of Massoud Rajavi and Maryam Rajavi near Chaghasabz Park.
One banner reads: “Stand up for the toppling of the Velayat-e Faqih regime”
Another reads: “Down with Khamenei, Hail to Rajavi”
In the Hendijan, MEK resistance units destroyed symbols of the Mullahs’ Regime in Iran.
The government-run website Khabar-Fouri (Breaking News) published two pictures of posters of the Iranian Resistance’s Leadership that were put up in the Gisha district of Tehran by the Iranian people.
The site explained that supporters of the People’s Mujahedin Organization of Iran (PMOI/MEK) hung banners of Resistance Leader Massoud Rajavi and president-elect Maryam Rajavi in Hakim Highway.
The activities of MEK resistance units spread panic through the ranks of the Iranian regime. Previously, talking about the Mujahedin-e Khalq (MEK/PMOI) in public was considered a red line. Today, talking about MEK in State-run TV channels and media is not surprising anymore.
The resistance units [MEK supporters inside Iran] play a crucial role in inspiring the people against tyranny in Iran.
This is a major campaign across Iran to show the Iranian people’s determination and desire for regime change and establishing a democratic government. They herald a free and democratic Iran which is reachable thanks to the struggle of the Organized Resistance. Members of MEK’s units Install posters of the Iranian Resistance’s leadership in public places to support the (MEK/PMOI).
Torching the symbols of the Iranian regime in public is witnessed more than ever before. Along with protests and gatherings against the regime across the country on a daily basis, activities of resistance units are shaking the dictatorial regime ruling Iran.
The National Council of Resistance of Iran (NCRI) wrote: “Since the start of the new school year two weeks ago, hundreds of large posters of Iranian Resistance’s Leadership with calls for uprising and overthrow of the mullahs’ regime have been posted in different cities in Iran. Defiant youths have also torched dozens of symbols and centers of mullahs’ regime in cities across Iran.”
The mullahs hopelessly try to prevent a popular uprising by the IRGC and intercept the expansion of resistance units by using internal suppression and arrest and execution and external sponsorship of terrorism. They pursue to contain the deep-seated anger within the society at their disastrous and inhuman rule. However, their measures are in vain and we are witnessing the expansion of both public protests and activities of the MEK’s resistance units.

from Simay Azadi on Vimeo.