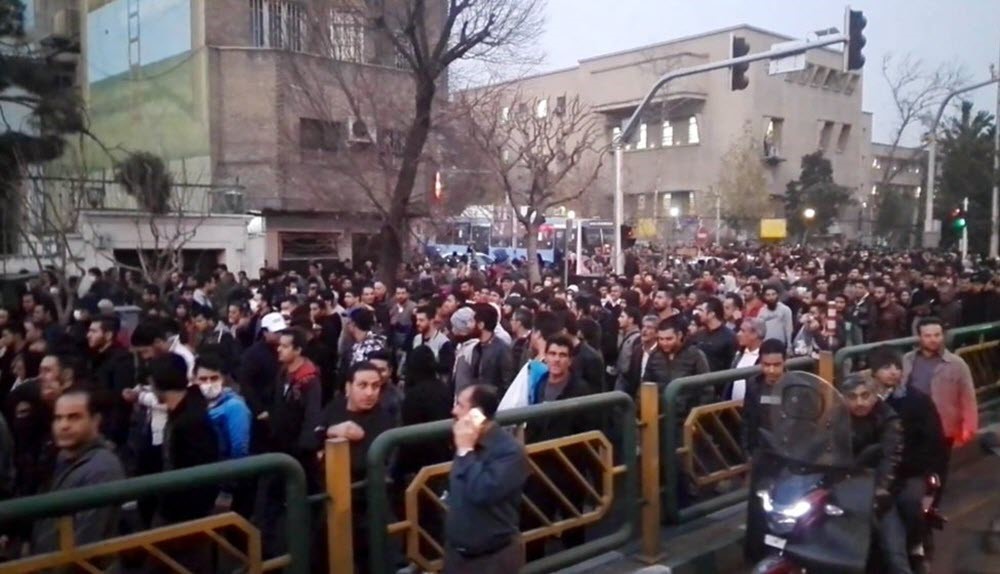 The people of Iran began the process of regime change when they took to the streets in their tens of thousands, through 142 cities all over Iran, and up to now more than 50 heroes have fallen for their cause and over 8000, people are captive under torture thus there is no reason why those who support the protesters should not act to speed up the movement.

The ongoing protests in Iran against the oppressive fundamentalist regime are widely supported by American politicians, but while tweets of support are useful to boost the protesters’ morale, more needs to be done in order to achieve regime change.

President Donald Trump has already been very vocal about his disdain for the Iranian Regime, from their abuse of their own people, to their breaking of the nuclear pact, to their support of terrorism, and his administration believes that the only way to deal with all of that is through regime change.

The trouble is that while Trump is dead-set on helping the Iranian people get rid of the regime that oppresses them, other countries are happy to keep it in place.
Some of these other countries are doing so to preserve trade deals with Iran, some are supporting the Regime because they are worried that their own non-democratic system of government will be next on the block, and some are besieged by the regime’s terrorist proxies, but there is no good reason to support the Iranian Regime.

Penny Watson wrote on Small Wars Journal that many countries in South America support the Regime because Iran has, since the 1980s, maintained a mutually beneficial presence in those countries.
Not only are they united on trade but also on anti-American sentiment.

This is why Bolivian President Evo Morales criticised Trump and other US officials for supporting the protesters and told the rest of the world not to comment on Iran, echoing the comments of Iranian vice-president Eshagh Jahangiri.

The US was not put off by these comments and called for an emergency UN session to discuss the situation in Iran, but Russian Deputy Foreign Minister Sergei Ryabkov and the Bolivian representative argued against the UN Security Council meeting.

The US must remain strong and remember that they are fighting to help the Iranian people not only to see a Free Iran and to seek justice for the over 120,000 members of the Iranian Resistance who have been murdered by the Regime but to eliminate the only key barrier to regional and one should say world peace and stability.

Watson wrote: “With the common geostrategic goal of countering the U.S. uniting Iran and these Latin American regimes, it is all the more imperative that Trump provide even more support to the Iranian people in their regime change endeavors, lest the US find itself dealing with Iran’s proxy forces in its Latin American backyard.”