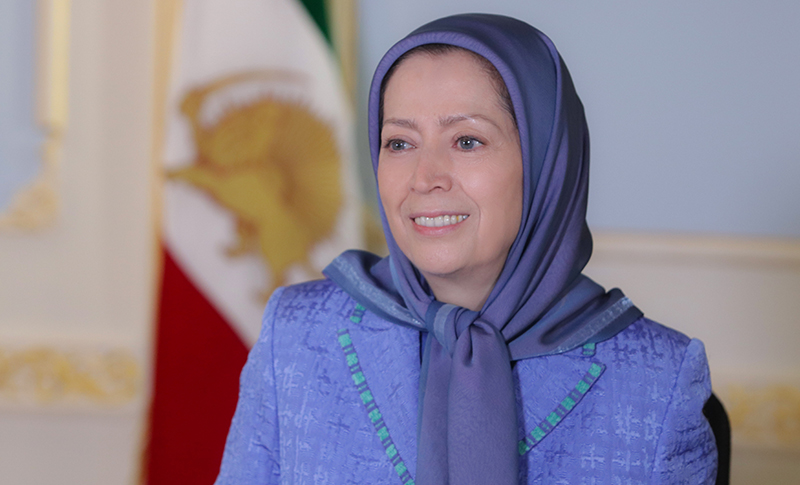 On December 4, 2019, Iranian opposition leader Maryam Rajavi send a message to women of Iran concerning recent uprising, and the role of women in leading the uprising and inspiring the protesters to continue their resistance.

“The courage exhibited by women and men and young people, and your sacrifices, have affected the grieving cities. Rebellious cities have risen up in our fettered nation and shanty towns have become

hotbeds of revolution and rebellion.

Hail to our rebellious cities who compete in breaking out of the mullahs’ occupation. From Shiraz and Sadra to Shahriar and Islamshahr, to Sirjan, to Isfahan, to Karaj and Fardis, to Marivan and Sanandaj, to Javanroud and Kermanshah, and to Behbahan, Mahshahr and Bushehr, and other rebellious cities.

Iran’s cities are rising up one after the other and everywhere; women actively participate, leading and supporting the protesters. We had already said that women are the force for change and will defeat the mullahs’ reactionary and religious tyranny.” Rajavi said in her message.

In part of the message, remarks of officials of the regime regarding the role of women in the protests are quoted. Regime’s Interior Minister said, “In the streets, two to three hours after the sunset, we encountered some forces in these places who operated as units comprised of five or four or six persons. Usually, they were accompanied by a woman who encouraged others and invited them to join the protest.” The regime’s experts said, “In various parts, especially in Tehran suburbs, women, between 30 and 35 years of age, had a special role in leading the riots… Women’s special role in leading the recent riots seemed remarkable.”

Mrs. Rajavi hails the martyrs of the uprising and elaborates on the number of people killed, wounded and arrested by the security forces of the regime, and describes the scope of the protests.

“The IRGC has admitted that this uprising has spread to hundreds of cities. The uprising cannot be contained no matter how brutally they suppress it, or how many brave and rebellious protesters they butcher. The uprisings of December 2017-January 2018, and the uprising of August 2018 were also suppressed by Khamenei, but they gave impetus to November 2019 uprising.

The difference is that the leading role of rebellious women and youths, who no longer tolerate the 40-year oppression of the criminal mullahs, and the sacrifices made by hundreds of martyrs, have enhanced the Iranian people’s resolve to revolt and rebel a hundred times more.” Rajavi said in her message adding:

“The Iran uprising cannot be extinguished. The battle of Iranian people, resistance units, and the great Liberation Army will march forward and end the ruling religious tyranny. The people of Iran have risen up to bring down this barbaric regime. Now is the time for the international community to stand up to the regime.

The United Nations must immediately dispatch fact-finding missions to Iran to investigate the scale of crimes against humanity and visit those arrested. And the world must recognize the Iranian people’s Resistance and uprising to overthrow the mullahs.”