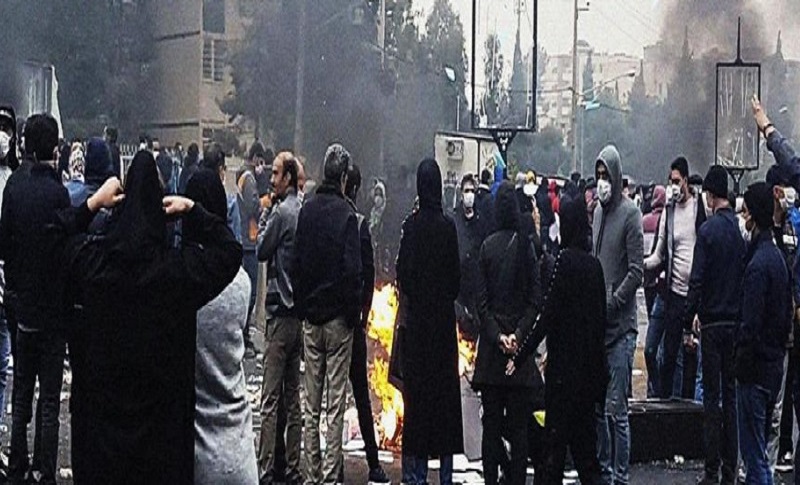 Over 5,000 women are believed to have taken part in the current Iranian protests that have spread protests to over 100 cities, according to state media, despite a huge and violent crackdown by the Iranian regime.

On Sunday, protests raged for the third consecutive day, across cities like Tehran, Shiraz, Shahriar, Islamshahr, Robat Karim, Sanandaj, Khorramshahr, and Karaj. Protests in the bigger cities were not limited to one area and people clashed with the suppressive security forces in various districts of Tehran, including Tehran Pars, Enghelab Avenue, and Tehran University.

The brutal crackdown has resulted in the deaths of at least 158 protesters, murdered in the streets by the security forces.

Maryam Rajavi, President-elect of the Iranian Resistance, praised the Iranian people and hailed their valiant protests, noting that the martyrs of these protests will be remembered as heroes.

She tweeted: “Hail to the Iranian nation which has risen up and my condolences to the families of the proud & honorable martyrs of the Iran uprising.”

She then explained that Supreme Leader Ali Khamenei and the rest of the mullahs are trying to keep their hold on how through inhumane crimes against humanity, something that they have been committing for their 40 years in power.

Message of Maryam Rajavi: This is an uprising to end 40 years of dictatorship and terrorism in #Iran. Regime Leaders must face justice for crime against humanity. #IranProtestshttps://t.co/LOm9zP1Um3

She tweeted: “The ruling religious fascism has committed crimes against humanity for 4 decades. It must be banished from the world community. UN Security Council, Sec. Gen., High Commissioner for human rights & human rights organizations must condemn the regime & adopt binding decisions.”

Iran’s state-run Fars news agency, which is affiliated with the Islamic Revolutionary Guard Corps (IRGC), published a report with primary findings from an intelligence agency, which estimated that 87,400 protesters were out in the streets over the course of this weekend, with 5,200 of them being women.

Fars even admitted that the scale of the protests were “more extensive and more destructive” than the uprising that began in December 2017, saying that “small and large protests and gatherings were held in 100 parts of the country” and “so far, some 1,000 persons have been arrested in the recent unrests across Iran” .