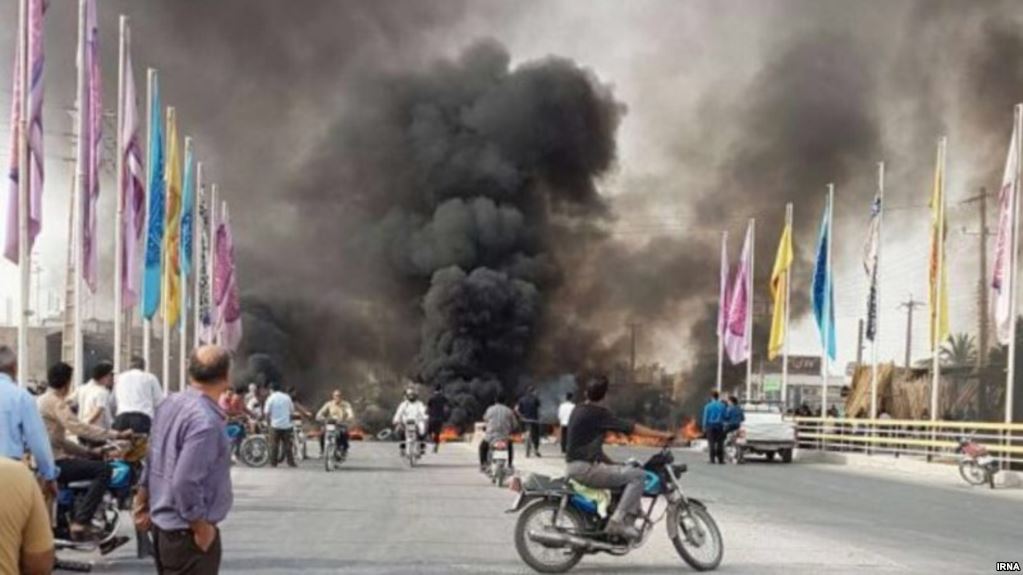 by Staff writer, SF
Citizens in Borazjan, Iran, blocked the main road into the city during their latest protest over water shortages, according to state-run Iran Labor News Agency (ILNA)
The provincial representative to the Supreme Council of Provinces, Ali Akbar Fatemi, said: “On July 22, several residents of Borazjan held rallies in the city centre to protest the shortage of water… Security forces stepped in to disperse the demonstrators.”

The protesters started a fire at the city’s point-of-entry and disrupted traffic for 30 minutes, according to Fatemi, before the governor, police, and officials from the city’s water and sewage department arrived to stop the legitimate demonstration.
The county deputy for political and social affairs Javad Loqmanzadeh advised that the authorities had promised to meet the protestors’ demands for clean, safe drinking water, after which the demonstration ended.
According to a provincial official in Borazjan, who did not wish to be named, the water supply to that area has dropped by 30,000 cubic meters daily, supposedly to stop misuse of the water by farmers. Residents however blame the local authorities’ corruption and mismanagement for the water crisis
This crisis has worsened recently as taps have been completely dry for several days, which is why Borazjan, the capital of Dashtestan County, has seen widespread protests.
On July 7, thousands of Borazjan residents began protesting water shortages and the “chaotic” distribution of water, which may refer to the Regime’s habit of syphoning off water to factories and ethnically Persian provinces.
The protesters gathered in the city’s main square and began chanting slogans to demand that the governor took action, with one protester yelling “Either the governor steps in, or we are going to raise hell!”
The governor’s deputy and the city’s Friday prayer leader Hassan Mosleh tried to address the crowds, but were forced to flee, despite the presence of hundreds of security forces.
Even the Regime is aware that something needs to be done. Dashtestan’s representative to the parliament, Mohammad Baqir Sa’adat, said that the people’s anger is “justified” and that they were “entitled” to insult the authorities for their incompetence and procrastination.
Part of the problem, according to Sa’adat, is that orchard owners nearby are draining the water pumps at night and that the governor has ignored an official order to dismantle the powerful pumps.
One protester, identified as Iman Ahmadi, was shot dead by the state security forces during the July protests.These water protesters are part of the Iranian people’s ongoing uprising.