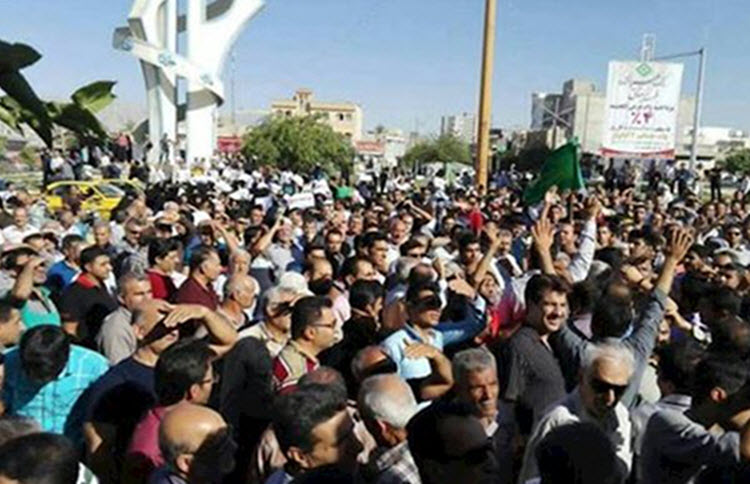 Over the weekend protests continued in Iran reaching a sixth consecutive day. Efforts by the regime to halt the demonstrations, including the arrest of those seeking regime change in the Islamic Republic, have failed according to multiple reports from the region. Nightly demonstrations have resulted in curfews being imposed in parts of the country.

Iranian dissidents have been heard chanting, “death to the dictator” and “Mullahs should go away,” and at least one protester was shot by Iranian security forces. Still, their voices will not be quelled.

The Iranian regime was hit with the first stage of sanctions imposed by the Trump administration on Monday. The sanctions followed Trump’s decision to abandon the landmark nuclear deal that provided Iran’s leaders with sanction relief in exchange for a halt in their nuclear ambitions.

Protests have continued across the country since huge December / January uprising that swept across 140 cities in Iran. Dissidents protest the hardline ruling regime and its massive military spending, which has crippled an already weak Iranian economy.

With the first wave of new sanctions on Iran’s gold, coal, steel, and aluminum trade going into force on Monday, Western pressure on the Iranian financial sector has heightened. The Trump administration has warned European countries that any new business with Iran will subject them and their international banking systems to harsh new sanctions, as reported last Thursday.

According to translations of Farsi language videos posted to Twitter on Sunday, 6,000 bus drivers in Tehran have been sitting in lines for nearly 24 hours to get fuel, which has allegedly been cut off due to Iran’s inability to pay its debts. “Eighteen hours of work and this is the status of our city,” a videographer can be heard narrating, according to an independent translation. “We have to wait in line 24 hours to pump fuel. If [Iranian Supreme Leader Ali Khamenei] doesn’t have enough money, how dare he support Palestine and Hezbollah? If he doesn’t have money, how dare he provide for those people going to Arbaeen?” The narrator continues, “How much more hardship and disgrace are we to endure? Our revolution wasn’t for these people to take advantage of us and be cruel to us. Who should I say it to? I’m not saying it to myself. We should gather and go say it. Our revolution wasn’t to support Lebanon, Palestine, and that filthy Hassan Nasrallah.”

Recent remarks by the Trump administration, including the president and Secretary of State Mike Pompeo, have encouraged the protesters. However, it’s unclear just how far the White House will go to back these protesters as they seek to topple the hardline ruling regime.

The Iranian regime’s continued spending on military interventionism, particularly in Syria on behalf of embattled President Bashar al-Assad seems to be the spark that fires the demonstrations. Iran’s dire economy, including the plunging value of the rial and the inability of citizens to purchase life staples, has its people angry, and calling for regime change.

Protests continue in several major Iranian cities, including Shiraz, Qom, and Mashhad, according to sources.