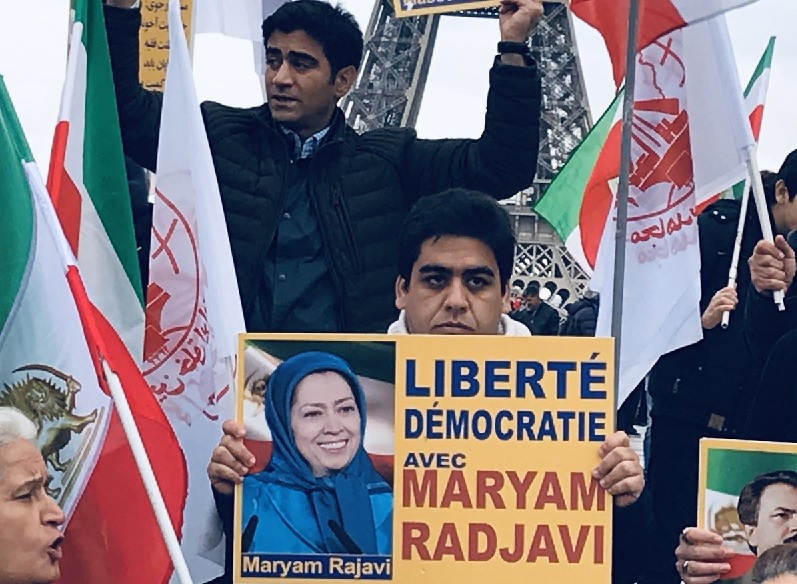 Following the anti-regime protests erupted across Iran, with chants of “Death to Khamenei,” “Death to Rouhani,” after the regime tripled the price of gasoline, the supporters and sympathizers of the People’s Mojahedin Organizations of Iran’s (PMOI/MEK) rallying across the world to support “Democracy, Freedom, Regime Change in Iran.”

According to reports of the MEK’s Resistance Units from inside Iran 93 cities across Iran witnessing protests over recent gas price hikes and at least 27 people are killed and thousands are arrested by the regime’s security forces.

In London, MEK supporters rallied in front of the Iranian regime embassy on Sunday November 17, 2019. 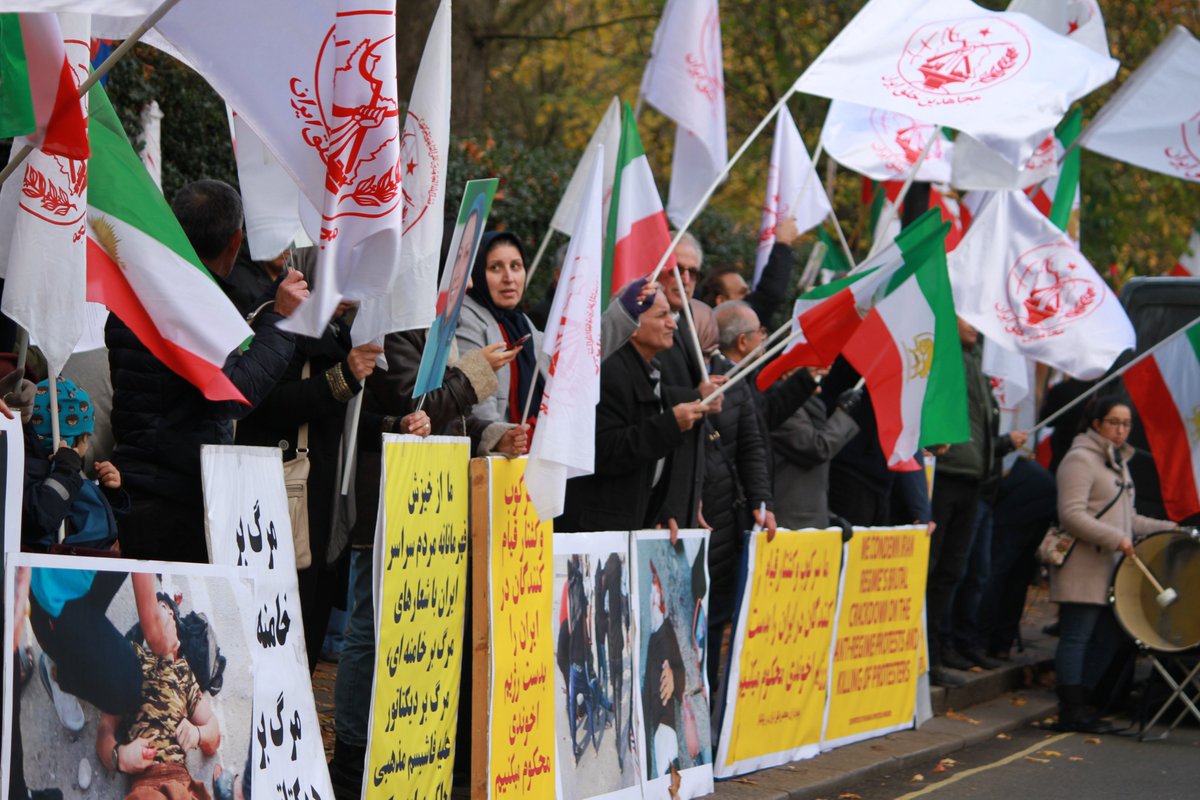 On Sunday November 17, MEK supoorters in Toronto rallied in Mel Lastman Square to be the voice of the victims of the Iran Protests and to support the Iranian Resistance struggle for freedom and democracy.

In Houston MEK supporters and Iranians rallied and demanded support for Iran Protests.

In Paris the supporters of the MEK organized a rally in Trocadero Square to support the Iran Protests and Mrs. Maryam Rajavi, the President Elect of the National Council of Resistance of Iran. 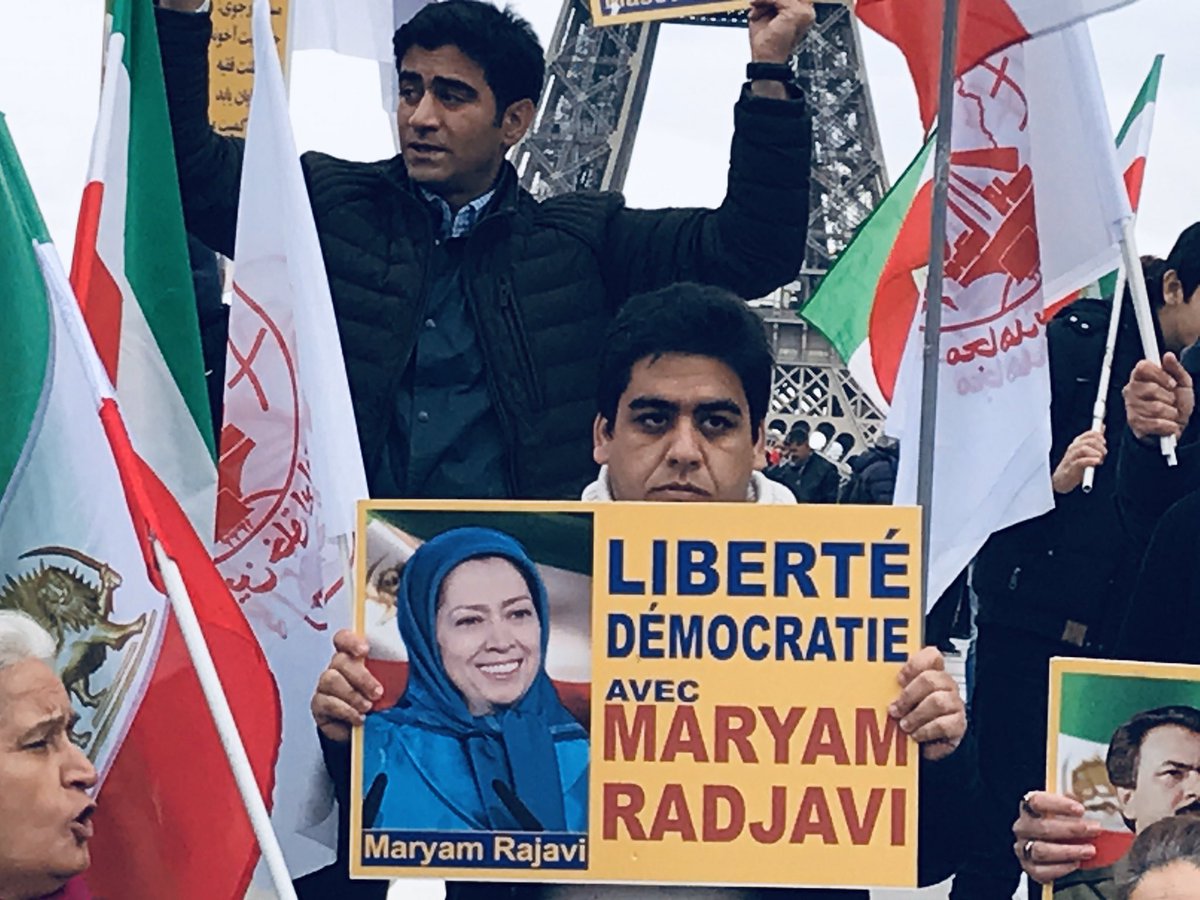 #Paris
Nov 17
Solidarity with Iranian protesters by Iranian resistance supporters
Chants:
We will fight , We will take back #Iranpic.twitter.com/rAYMcg9nS4#مجاهدین_خلق #IranProtests

In Sandy Springs demonstrators from the Organization of Iranian American Communities (OIAC) and supporters of the MEK, called for “regime change in Iran” while lining Roswell Road in Sandy Springs November 17. The candles represent people killed in ongoing protests in Iran, and the portraits show opposition leaders Massoud and Maryam Rajavi.

Mrs. Maryam Rajavi, hailed the “Iranian nation which has risen up and my condolences to the families of the proud and honorable martyrs of the Iran uprising.”

Hail to the Iranian nation which has risen up and my condolences to the families of the proud & honorable martyrs of the #Iran uprising. #IranProtests

“The ruling religious fascism has committed crimes against humanity for 4 decades. It must be banished from the world community. UN Security Council, Secretary General, High Commissioner for HumanRights and human rights organizations must condemn the regime and adopt binding decisions,” said Mrs. Rajavi in a tweet.

The ruling religious fascism has committed crimes against humanity for 4 decades. It must be banished from the world community. UN Security Council, Sec. Gen., High Commissioner for #HumanRights & human rights organizations must condemn the regime & adopt binding decisions. #Iran