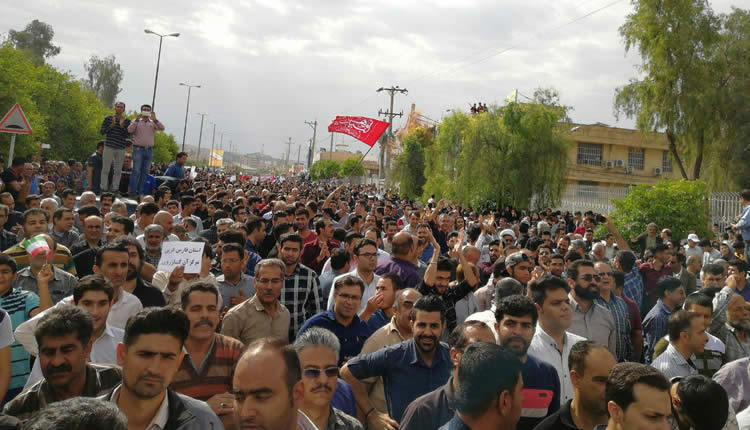 by Atousa Pilger
The recent Iranian New Year (March 21) was said by many to mark a turning point for the future of Iran. The nationwide anti-regime protests that began in December took a new lease of life as the Iranian people celebrated the New Year and many are wondering what changes this year will bring for Iran.

There are three areas that will shape Iran’s future in the coming months: foreign policy, the economy, and domestic affairs. Basically the Iranian Regime is involved in several proxy wars, supports terrorism, may restart its nuclear weapons development, has tanked the economy, is stealing from the Iranian people, has devalued the rial, is suppressing the Iranian people, and has made political opposition illegal.
But let’s look at something that the Iranian people have been calling for that would fix all of these things: regime change.

They have tirelessly called for regime change and dispelled the false narrative of hardliners versus moderates in the Regime, even risking their own lives to do so. Thus it must be important. The Iranian people report that all problems in Iran, from the drought to high unemployment to the suppression of the Iranian people can be traced back to the mullahs’ corrupt governance.
The myth of regime reform that is so often touted in the West was slammed down by protesters who pointed out that the Regime hadn’t reformed in the past 40 years, so why would they do so now?

The current US administration’s policy on Iran is to rely on “elements inside” the country to bring about “peaceful transition of that government”. In other words, regime change. This goal is why Donald Trump has appointed Mike Pompeo as the new secretary of state and John Bolton as the new national security adviser. Both men support regime change in Iran.
How will the US help the Iranian people achieve regime change?