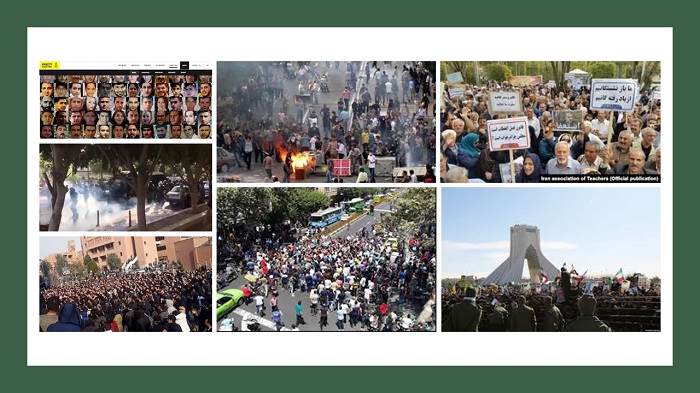 Last year, the November uprising really made the regime realize how unstable its future is. Protests about the sharp increase in fuel prices broke out immediately after the regime made the announcement and a major nationwide uprising ensued.

It took the regime by surprise and officials soon came to realize how close the regime was to collapse.

One year later and the economic situation in Iran is just dire – if not worse because of the Coronavirus outbreak that has had a major impact on society. Over 179,800 deaths have now been reported by the People’s Mojahedin Organization of Iran (PMOI / MEK Iran), and the National Council of Resistance of Iran (NCRI).

Although the uprising last year was sparked by a single economic grievance – the fuel price hike – the nature of the protests quickly changed. The economic grievances gave way to major political grievances and the people made it very clear that they do not accept the rule of the mullahs. This was demonstrated by the people that targeted the regime’s centers of oppression and the places that represent the regime’s massive plundering.

#PMOI/#MEK #Iran, One thing that has been appearing in the headlines Iran’s state-run newspapers is the explosive state of the society. Regime officials, leaders, and analysts are afraid of another round of nationwide anti-government protests looming on the horizon.#FreeIran2020 pic.twitter.com/3c4jjdhV35

Not surprisingly, the regime did not address the demands of the people. Nor did it take steps to decrease fuel prices. Instead, it responded with great violence and force. More than 1,500 protesters were killed by suppressive forces. Thousands more were injured and many more thousands were arrested. While suppressing the people, the regime did nothing but ensure that the people’s determination to see the mullahs collapse was amplified.

The state-run Sharq publication warned the regime that the dissatisfaction of the people has not gone away and that it is opening itself up for further major and widespread protests. The publication wrote that from the events of last November, the regime should look to address what has happened and what continues to happen.

It also wrote that the regime has completely mishandled the situation, saying that the protests spread like wildfire across the country but could have been extinguished by the regime had it taken a proper course of action.

The Sharq publication said that the regime could have taken a lesson from the November 2019 uprising. That is to say that it could have searched for the “root causes” and then proceeded to “eliminate them and seek treatment”, but instead it “decided to do a cover-up”.

Another state-run publication, the Siasat-e Rouz outlet, wrote at the weekend that the people are so unhappy with the regime because of its mismanagement of the country’s economy and the widespread corruption that is found at all levels of leadership. The country’s economy is in tatters because of the regime’s actions – not because of international sanctions like it has been trying to convince the public.

The publication said that the problem is not found outside Iran’s borders, rather it is on the inside. As well as blaming the government’s mismanagement and corruption, it said that “inconsistency” is a major problem. There is no price stability and it is clear that the regime is incapable and unwilling to resolve the economic issues it has caused.