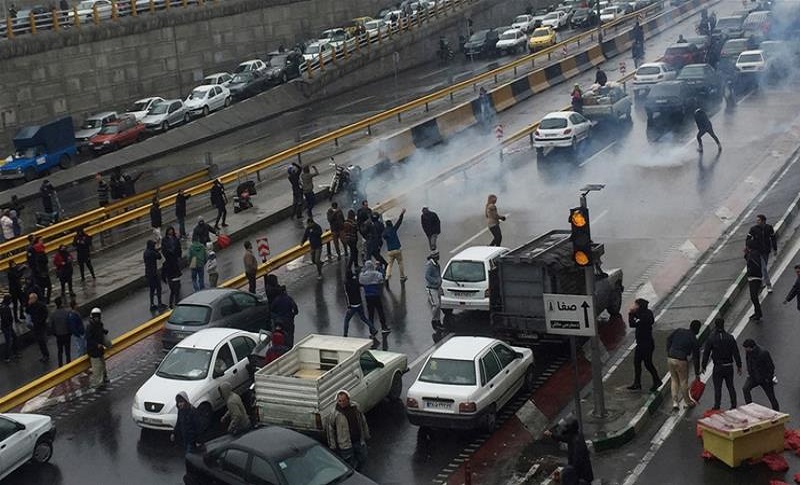 Anti-regime protests have erupted across Iran, with chants of “Death to the dictator,” after the regime tripled the price of gasoline. The protests, which began on Friday, November 15, are continuing despite a major crackdown by the authorities.

Last night, Iranian security forces and plainclothes personnel shut down the doors of Tehran’s university. After the doors were blocked, regime forces brutally attacked the imprisoned students and detained dozens of students. The exact number of detainees is not known so far.

Iran’s Supreme Leader has backed his government’s decision to raise gas prices by 300% and called protesters who have been setting fire to the public property over the increase “thugs.” Iran also imposed a near-total Internet blackout over the weekend, according to NetBlocks, a group that monitors international Internet access.

The gas price increase is especially controversial in Iran because the country is home to the world’s fourth-largest reserves of crude oil, and gas has long been inexpensive despite decades of economic struggles since its 1979 Islamic Revolution.