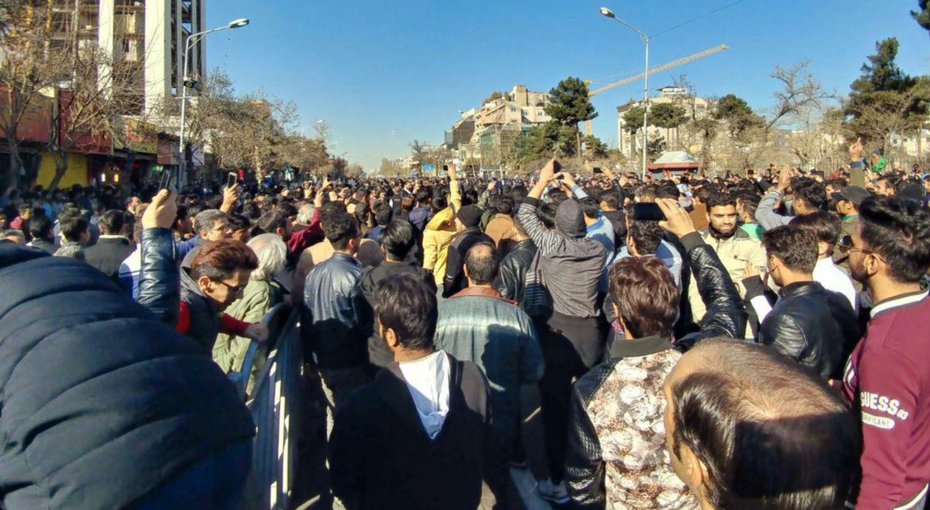 by Atousa Pilger
Razavi Khorasan Province lies in the northeast part of Iran. Its capital is the holy city of Mashhad. History shows that signs of any social and political crises in Iran tend to appear in this region first.
Both the 1992 riots to the nationwide protests in late December / January unfolded in Mashhad before spreading to other parts of Iran.

The late 2000s saw a construction boom, and the first signs of the slump appeared there a few years later. Razavi Khorasan hold Iran’s record for the number of divorces and abandoned children.
Mashhad has been called “capital of the shadow government”, and is home to Astan Quds Razavi, the largest religious endowment in Iran. Mashhad’s Friday Prayers Leader, Ahmad Alamolhoda’s sermons play an important role in shaping political crises — more so than the sermons delivered at Tehran’s Friday prayers.

For the years between 2011 and 2015, the province’s share of gross national product (GNP) was 5.5 percent, which places it fourth after Tehran, Khuzestan, and Isfahan, according to the Statistical Center of Iran.

Astan Quds Razavi is based in Mashhad. It is a conglomerate is made up of close to 40 business entities, which are active in car manufacturing, textiles, carpet weaving, mining, oil and gas to financial services, construction, pharmaceuticals, agriculture, animal husbandry and their associated industries. These companies are tax-exempt because they belong to a religious endowment.

The Razavi Economic Organization is active “in the form of more than 70 companies and institutions” with “more than 12,000 people” who work “directly and indirectly in companies and the subsidiary companies affiliated with this organization,” according its official website.

Tourism fuels the holy city of Mashhad. In terms of the number of foreign tourists and pilgrims, statistics published by Iran’s Planning and Budget Organization say that with more than 13 million visitors spending at least one night in the city, and that Mashhad had the highest number of domestic tourists.

Statistics from Iran’s Cultural Heritage, Handicrafts and Tourism Organization say that some 530,000 tourists flew into Iran via Mashhad’s airport, a close second to Tehran’s Imam Khomeini Airport, with 970,000 tourists.

After Mecca, Mashhad is the second largest spot for Shia pilgrims — and its economic, political and social conditions are shaped by this religious identity.

The 2011 census shows that 99.5 percent of Razavi Khorasan’s population are Muslims. However, it is unclear how many of them are from non-Shi’ite Muslim minorities. Unofficial estimates show that more than 700,000 Sunnis live in the province.

Hardliner Ayatollah Naser Makarem Shirazi has said, “I have warned the authorities that if they cannot find a way to counter…the Wahhabis’ attempts to change the population fabric today, we may well reach a point where we will not be able to do anything about it,” regarding the increase in Razavi Khorasan’s Sunni population. He added, “Recently the Wahhabis have [been very active] inside Iran and the sources of these activities are foreign countries. They also carry out their projects inside Iran very fast. Iran is currently the center of Shi’ism and that is why they want to fight Iran. One of their main aims is to change the fabric of the population and increase the number of Sunnis. In this regard, they have been busy buying land, homes and commercial real estate from the Shias. Pressuring the Shias to migrate from certain areas to change the population ratio in terms of religion are among the other actions taken by the Wahhabis.”