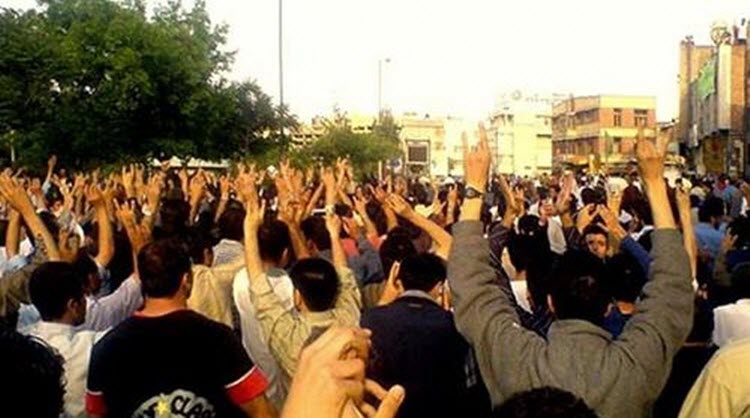 The workers of Haft Tepe Agro-industry of Susa protested for the fourth time against the due payments and receivables.

As the state-run Fars News reported, the workers of the sugar cane company rallied with their families. More than 1000 employees, retirees and sugar cane cutters of Haft Tepe passed the 3rd day of strike on Tuesday, June 6.

Simultaneously, the police forces tried to create tension by shooting in the air but they failed to stop the rally of more than 1000 workers and their families.

The workers and retirees of Haft Tepe Agro-industry started their strike on Sunday, June 4; demanding their due salaries. Additionally, the Social Security Organization refused to extend the workers’ insurance cards, as the employers failed to pay the premiums.

On the 2nd day of protest on Monday, June 5, the workers booed one of the employers of the company named Siamak Nasiri as he appeared in the rally and started insulting and threatening to dismiss the workers unless they return to work.

The workers left the factory and closed the international Ahvaz-Andimeshk Expressway.

Following the privatization of the plant, the regime’s officials employed the law enforcement forces as their permanent personnel. The workers also said that the managing director of the factory always walks in the area along with escorts even in normal situations. The workers are dissatisfied with the security-military atmosphere of the factory. They say that the repressive forces spread fear among them in response to any peaceful protest.

The problems of workers and retirees of this company have arisen after privatization. The workers demand their due salaries as well as the removal of security supervisions. They believe that the private sector is not efficient enough in order to run the plant. They also announced that the protest and strike will not stop unless their demands to be addressed.