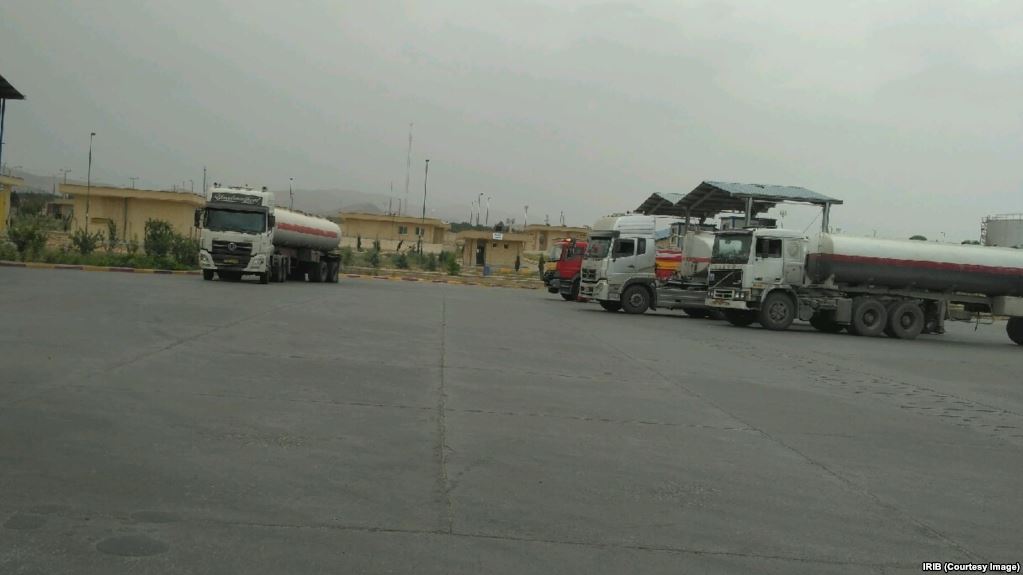 by Azita Carlson
Iranian truckers have gone on strike in seven of Iran’s provinces. The government appears to be alarmed and is trying to persuade the drivers to return to work.

On Wednesday, state-run news agency Tasnim quoted transport official Dariush Amani of Iran’s Road Maintenance and Transportation Organization, as saying it is “reasonable” for truck drivers to demand greater fees for transporting cargo to compensate for their rising costs. He added that the cargo fees paid to the drivers should be increased by 15 to 20 percent.

An official who works under Iran’s Ministry of Roads and Urban Development had previously proposed the fee increase, but is is not not immediately clear how or when such a cargo fee increase would be implemented.

Iranian truckers began the strike Tuesday in the provinces of Fars, Hormozgan, Isfahan, Kerman, Khorasan Razavi, Lorestan and Qazvin, as reported by the semi-official ILNA news agency. According to ILNA, the strike began on Tuesday over drivers complaining that their wages are not enough to cover their expenses, which have increased since last year, and includes normal maintenance items such as tires and air filters. It is not clear from the report how many drivers are taking part in the strike or how long it will last.

Iranian news agencies have quoted officials of the National Iranian Oil Products Distribution Company. They claim that they have agreed to address the truckers’ concerns in both provinces. Reportedly, fueling of gas stations in the regions returned to normal later on Wednesday.

The fact that gasoline shortages could trigger social unrest has long been a worry for Iran’s regime. The recent strike was the first mass protest by Iranian truck drivers to follow the anti-government demonstrations that began in the holy city of Mashhad and quickly swept across the cities of Iran last December and January.