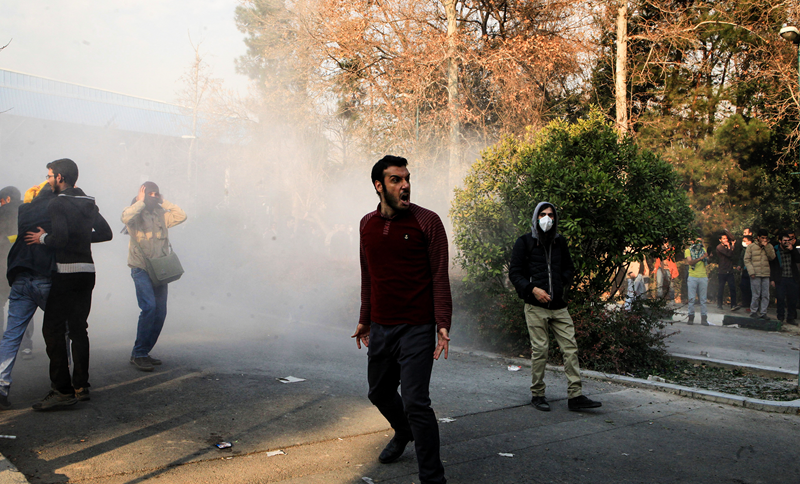 The people of Iran have been calling for regime change. During the most recent uprising that took place at the end of 2017 and beginning of 2018, there were signs that the people will not give up until the regime collapses.

It was the most significant uprising since 2009 in which the people were almost able to achieve their goal of seeing the regime collapse. However, they did not quite manage it, mainly because the international community remained silent about the situation.

The people of Iran have major support from outside the country. There are a tremendous number of Iranians living abroad, around five million, many of whom left in 1979 during the revolution. Since 1979, there has been a large number of people leaving the country every year, especially most recently because of the brain drain (which in Iran is allegedly higher than anywhere else in the world).

The voice of these millions of Iranians living abroad is crucial and must not be ignored. Many of them are the voices of those that have been silenced inside Iran and they will play an important role in making the country prosperous and free.

Iranians living abroad have formed a diaspora all over the world. In the United States, there are a number of Iranian individuals that have remarkably excelled and they are among the highest educated in the countries in which they live. There are many well-educated and well-respected Iranians that are prominent in their respective roles in the US alone.

Foreign governments must consult the Iranians in their country to shape foreign policy in the most informed way possible. How can foreign governments shape policy towards Iran if they do not understand what forced people out in the first place?

Especially those that have left in most recent years.

Furthermore, the Iranian regime is targeting Iranians that live outside the country. During the course of 2018, European intelligence agencies foiled a number of plots of which Iranian authorities had targeted dissidents and political opponents.

Last month, the main opposition to the Iranian regime, the PMOI / MEK held a major gathering at Ashraf 3, home of the opposition, in Albania. The American government acknowledged the Resistance movement and Vice President Mike Pence expressed his solidarity with the Iranians campaigning for freedom, democracy and human rights.

The Iranian regime is very fearful of the people of Iran – those inside the country as much as those outside the country. It knows that the determination of Iranians will be its downfall and it is counting on the international community to continuing ignoring their voices. However, the support for the Resistance is growing all the time. And in any case, the regime cannot hide the reality.