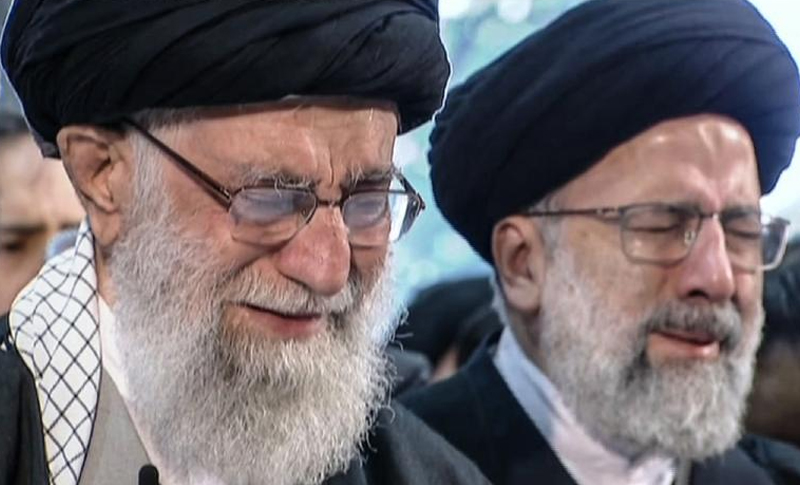 By Armin Baldwin & By Atousa Pilger

After the elimination of Iranian regime’s Maj. Gen. Qasem Soleimani by a U.S. air strike early Friday January 3, 2019, the Iranian regime’s officials and press agencies repeat all the time that they will take “harsh retaliation”. But how serious are these threats for the U.S.?

Let’s take a look at regime officials’ remarks in the Iranian press in recent days but also some of regime’s lobbyists and apologists.

The Commander of the Revolutionary Guards (IRGC) Hosein Salami said, “Without a doubt, the IRGC will certainly take a painful and regretful revenge on the U.S. but its timing and scale will remain concealed. Our strategic retaliation will end U.S. presence in the region.”

Mohsen Rezaee, Secretary of the Expediency Discernment Council and former head of the IRGC, said, “Until a decisive answer to Trump, it is necessary to take the fifth step to reduce our nuclear commitments.”

Rezaee continued “if the Americans answer our military measures we will flatten and burn Tel Aviv and Haifa.”

Hossein Dehghan, Iran Supreme leader Ali Khamenei’s military advisor, said, “No American military force will be safe since our answer is a military measure against U.S. Military bases. Dehghan continued that the region is no more a safe place for the U.S. forces. Though firing three or four missiles in retaliation is not going to solve anything.”

Esmaeil Kowsari, the deputy chief of the IRGC’s Sarallah Headquarters, said, “We will definitely hit Americans but when its time comes.”

The time and place and the condition of any measure against the U.S. will be decided by the Islamic Republics and the Revolution Front. We will not act emotional but without no doubt U.S. must expect a harsh retaliation.”

Ali Akbar Velayati, the senior adviser to Khamenei, also said “Without a doubt, we will take revenge and the americans will be hit and we will create a new “Vietnam” for the U.S.”

Ali Shamkhani, the secretary for the regime’s Supreme National Security Council, claimed “Iran’s answer to Soleimani’s “terror” is certainly military but is not limited to that.”

Yahya Rahim Safavi, high assistant and advisor to Khamenei, said “Various military groups in Syria, Lebanon and Iraq will respond to Soleimani’s death. The Americans must wait for our retaliation.”

The board of directors of the regime’s Council of Experts said in its statement that “The Quran taught us not to remain silent, and if so, any silence shows our weakness and we must take retaliatory actions. We must clear all Islamic lands from pervasive presence of U.S. forces. The U.S. forces must be expelled from Iraq. We warn all U.S. forces established in Islamic lands, especially in Iraq, that very soon we will take revenge.”

These are clear calls of the Iranian regime to justify more terrorism in the middle east. The regime tries to activate its paramilitary proxies in the region. Despite the regime’s threats, it is not going to react very fast since it is afraid of more losses in the middle east. It simply tries to take measures like “taking the fifth step to reduce our nuclear commitments.” But it will also be a practical departure from the Iran nuclear deal, known as the Joint Comprehensive Plan of Action (JCPOA), which will bring the regime into more international isolation.

Many Iranian regime lobbyists and apologists in the west are trying to mislead the public opinion  by picturing Soleimani as a “Iranian National Hero” and clear his crimes in Syria, Iraq and Iran against the Iranian people and the main opposition movement the People’s Mojahedin Organization of Iran (PMOI/MEK).

One these lobbyists who call herself “Diplomatic Correspondent for the Independent and analyst for BBC and Aljazeera” is Negar Mortazavi. She warns all the time of a potential war between Iran and the U.S.

During the November 2019 Iran protests, she not only stood behind the regime by hiding the death toll but tried to question the 1,500 killed people reported by Reuters. She didn’t say a single word about those families in Iran who lost their loved ones during Iran protests, who were not even able to bury and hold funeral for the martyrs. But instead she tweeted that “tens of thousands participated in Soleimani’s funeral.”

On January 5, she tweeted “source in the city of Kerman, where Qassem Soleimani was from, says they’re seeing large crowds mourning for him, people of all walks of life across various political and religious views.”

Regarding Reuters death toll, she told TRT news: “When it comes to the death toll, this is only something that Reuters has reported. There is no byline on the report!” But after she was challenged by the anchor who said that the “U.S. also reported over a thousand death”, Mortazavi tried to track back by saying “State Department did but didn’t provide any source.”

This doesn’t come as a surprise if we take a small look at her “family pictures” with Iranian regime foreign minister Mohammad Javad Zarif. By the way, Zarif said in an interview with state-run television that he was “very close” to Soleimani, and that “he never visited Russia or any summit on Syria without speaking with Soleimani”. Zarif continued that every time Soleimani returned to Tehran, they had “weekly meetings”. 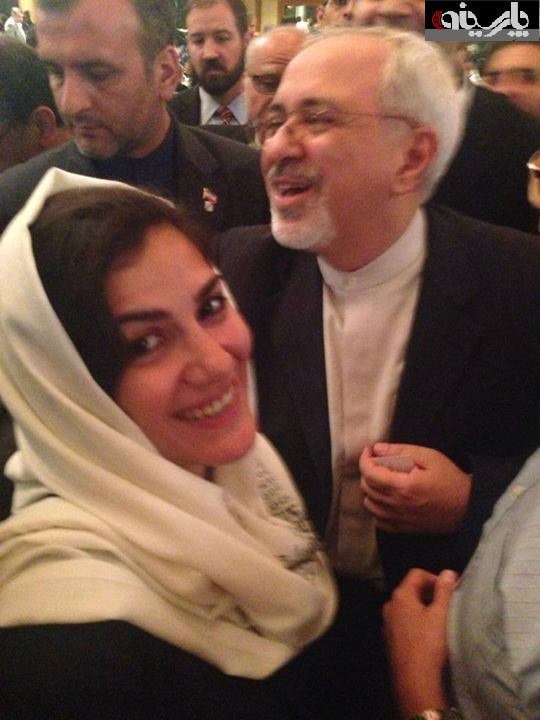 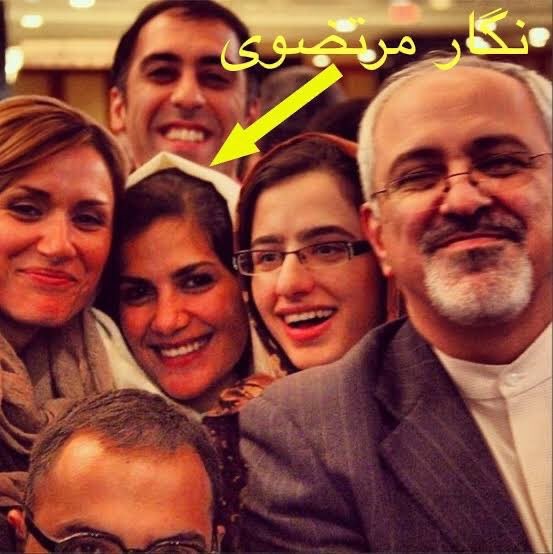 Another regime apologist an lobby, the so called columnist at Al-Monitor Barbara Slavin, posted a tweet that was not very different from the threats issued by IRGC officials. She tweeted on Monday January 6 that “Twenty-eight years ago Hezbollah’s leader was assassinated, and Israel – and Argentine Jews — paid a price!”

In other words she threatens president Trump to not take further actions against Iran. 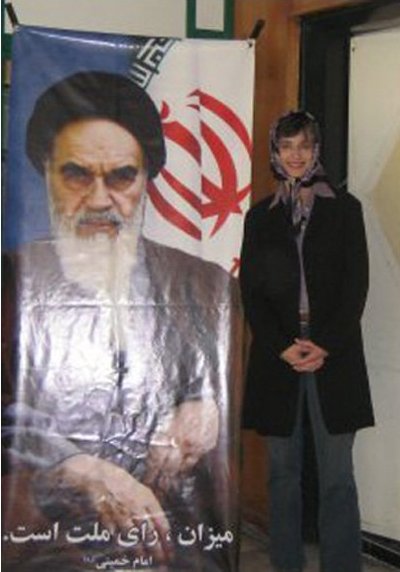 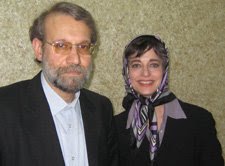 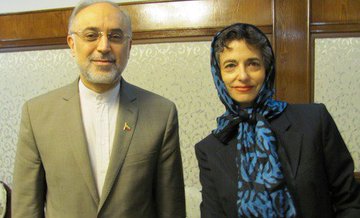 Pictures of Slavin that shows that Barbara Slavin is not a neutral US journalist but a lobby for Iran‘s terrorist regime.

What is very clear is that the Iranian regime has no other choice than bluff against the U.S. and is absolutely not in a state to go to war with the U.S. Soleimani’s death is like a guideline of various so-called groups, personalities and journalists to show whose side they are on. With the criminal record of Soleimani in Iran, Iraq and Syria, his death brought nothing but joy and of happiness to the oppressed people.

As Mrs. Maryam Rajavi, the President-elect of the National Council of Resistance of Iran (NCRI) earlier said “the elimination of Qassem Soleimani and Abu Mehdi Muhandes, the head of Iraq’s suppressive Bassij force, as an irreparable blow to the clerical regime.” Mrs. Rajavi emphasized that the time had come to “evict the mullahs from the region, especially from Iraq, Syria and Lebanon, and expel the IRGC from these countries.” In this way, Iraq, which had been delivered by the United States to the clerical regime on a silver platter, will be liberated from the yoke of the religious fascism ruling Iran, Mrs. Rajavi stressed.

Qassem Soleimani was one of the most vicious criminals of Iran’s history. He was personally involved in the massacre of hundreds of thousands of people in the region and in driving millions of others from their homes. He was also the mastermind of the massacre of the Mujahedin-e Khalq (PMOI/MEK) in Camp Ashraf in Iraq, and of many other terrorist operations against the Iranian Resistance in that country, in Iran, and in other countries. With his elimination, the process of overthrowing the mullahs will be greatly expedited.

At least 1,500 children of the Iranian people were killed during the November 2019 Iran protests. The international community, especially the European Union, must end the policy of appeasement and recognize the right of the Iranian people to resist and rise for freedom to replace popular sovereignty in place of the mullahs’ rule.