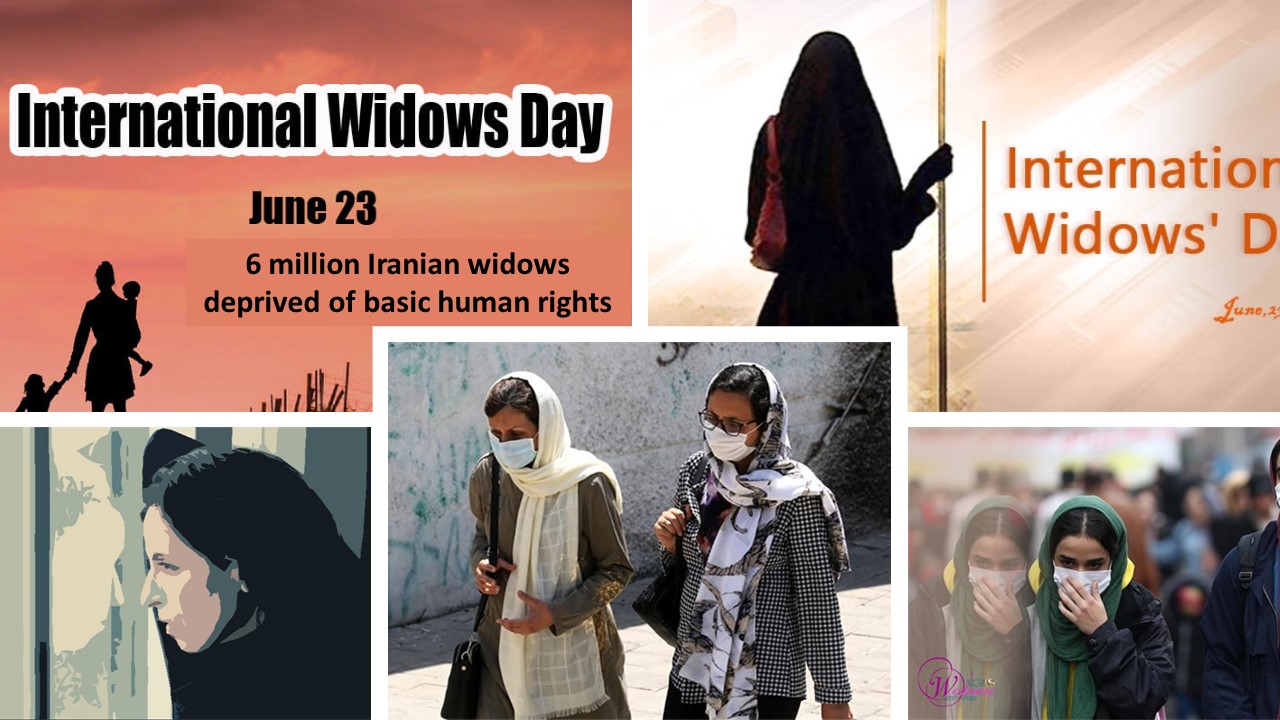 A report by the women’s community of the NCRI: The UN Secretary-General declared on International Widows Day in 2020, “The death of a partner at any time can leave many women without rights to inheritance or property. In times of a pandemic, these losses are often multiplied for widows and accompanied by stigma and discrimination. The unprecedented levels of isolation and economic hardship brought on by the COVID-19 crisis can further compromise widows’ ability to support themselves and their families, cutting them off from social connection at a time of profound grief.”

The National Council of Resistance of Iran (NCRI), and the People’s Mujahedin of Iran (PMOI / MEK Iran), reported that the coronavirus death toll in 547 cities surpasses 317,400.

Under the misogynistic fundamentalists’ regime, these challenges worsen for Iranian widows. Currently, the UN’s goals include eliminating discriminatory laws and providing social support and safety to widows.

Widows in such situations have little choice but to labor in workshops for miserable wages or in slave-like conditions. Because they are afraid of losing their jobs, these women do not complain. Even if they complain, the sexist mullahs’ regime’s legal system has no provision for women’s rights.

Women who have been divorced suffer more than males. Even in the same field, they can’t find a job as rapidly as they could while they were married. Some of their acquaintances request friendship or a temporary marriage so that they can exploit these women.

The actual number of widows in Iran is unknown. Iran has roughly 5.1 million widowed or divorced women, according to the Iranian Statistics Center. Wrote the state-run Jahan Sanat on September 21, 2020.

The state-run Shargh daily, however, estimated the figure at 6 million on July 4, 2011.

This inconsistency, like other statistics on Iran’s social and economic issues, stems from a lack of transparency. The regime’s media, on the other hand, have issued a smattering of figures that reveal a far worse situation.

On May 18, 2018, the state-run Rokna News Agency published an article citing, Masoumeh Aghapour Alishahi, a female member of the regime’s Parliament that announced that 24,000 widowed girls under the age of 18 had been identified.

As a result of their struggle to live, Iranian widows suffer from physical and emotional problems such as cardiovascular disorders, diabetes, and stress headaches.

Furthermore, socioeconomic disparities such as prostitution and begging are on the rise in Iran. This is due to an increase in divorce rates, a fall in the average age of divorced women, high living costs, and unemployment issues. On July 22, 2020, state-run asriran.com reported.

The regime has never sought to improve women’s employment opportunities or remove barriers to their social and political engagement, and it has no intention of doing so in the future. Instead, its propaganda paints it as a biassed and reckless preacher who promotes early marriage and childbirth.

With its vast cultural diversity, Iran’s best hope for saving its widows is to address the problem at its source: overthrowing the misogynistic mullahs.