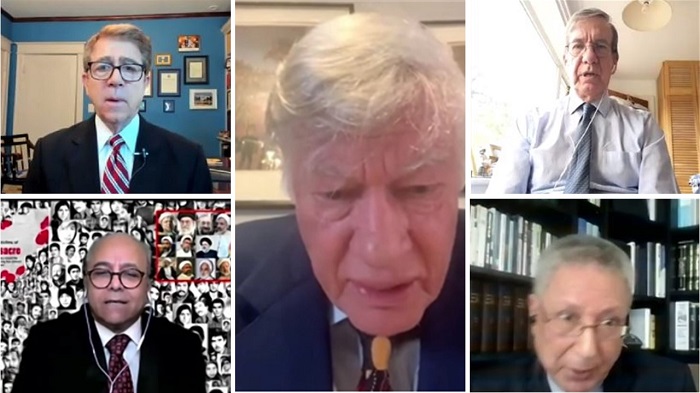 Human rights experts and jurists discussed the implications of Ebrahim Raisi becoming the Iranian regime’s president in an online conference hosted by the National Council of Resistance of Iran (NCRI) on Thursday, as well as the role that the international community must play in holding the regime’s authorities accountable for their crimes.

An international panel of human rights experts examined the outcome of Raisi’s presidency and the international community’s commitments during an online conference on Thursday. 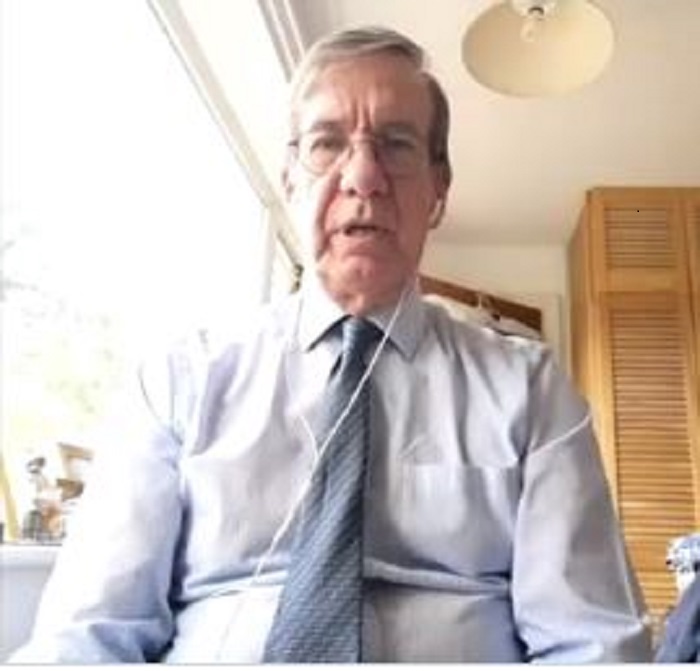 (PMOI / MEK Iran) and (NCRI): Nick Fluke is a distinguished High Street Solicitor, and the President Emeritus of the Law Society of England and Wales, in which he has been a member for 16 years.

Raisi was a member of Iran’s “Death Commission,” which was in charge of deciding the fate of detainees in kangaroo courts across the country.

The rigged presidential election held by the Iranian dictatorship was boycotted across the country. According to the People’s Mojahedin Organization of Iran, less than 10 percent of Iran’s eligible voters cast their votes, based on reports from over 1,200 observers and more than 3,500 video clips from 400 locations.

Geoffrey Robertson, QC, who served as a UN appeal judge and President of the Sierra Leone War Crimes Court from 2002 to 2007, was the first speaker at this event. Mr. Robertson stated that the massacre in Iran in 1988 was “not only a crime against humanity, but it could even be a genocide.” This was an unconstitutional use of state power.”

It poses a problem that should first be addressed by the UN. They should go back and re-examine the events of 1988, the lies of Iran’s representative, and the role of Raisi in one of the worst crimes against humanity since the war,” Mr. Robertson spoke about the obligations of the international community.

Reza Fallahi, a former political prisoner who now lives in London, also spoke at the event, recounting his traumatic experience in the regime’s cells, where he survived the massacre in 1988.

Mr. Fallahi emphasized, “as a former political prisoner, I am concerned about the recurrence of the events of the summer of 1988. To stop the regime from committing another massacre the international community, in particular the United Nations, must end the culture of impunity and launch an independent investigation into the massacre and bring people like Raisi to account.”

Mr. Boumedra added, “The international community must promise the Iranian people that they will stand by them in support of their basic aspirations and that the world today is not a safe place for the murderers of political prisoners and the suffering people.”