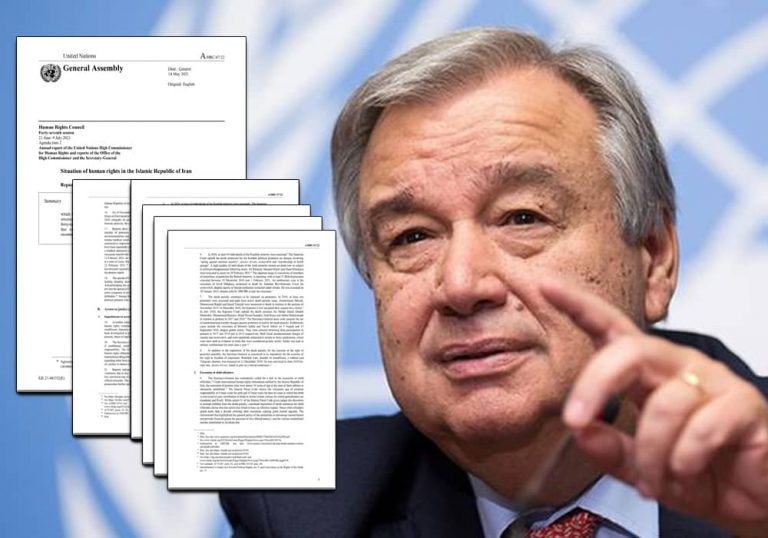 “Harassment against her increased after she filed a formal complaint, seeking an official investigation into the 1988 executions of political prisoners, including her siblings.

Similarly, Zeinab Jalalian, a Kurdish political prisoner serving a life sentence for moharebeh, has been held in prison since 2008 without furlough,” according to the article.

“Long periods of pre-trial detention are common. Pretrial detention for up to two years is allowed under Article 242 of the Code of Criminal Procedure in certain circumstances. Since their arrest in April 2020, students Ali Younesi and Amirhossein Moradi have been held in pretrial custody, including solitary imprisonment.”

“The Working Group on Arbitrary Detention expressed concern in November 2020 that the high number of cases in which it found the Islamic Republic of Iran in violation of its international human rights obligations indicated widespread or systemic arbitrary detention,” according to another section of the report.

The death of inmates from the Iran protests, including Navid Afkari and Mostafa Salehi, who was wrongfully accused of murder, was also condemned by the UN Secretary-General.

“The Secretary-General is concerned about the use of unproven murder charges against demonstrators to justify the death penalty. Despite international outrage, Mostafa Salehi and Navid Afkari will be executed on 5 August and 12 September 2020, respectively. They were imprisoned after taking part in protests in 2017 and 2018, as well as 2019 and 2020.

Both faced unproven charges of murder and moharebeh and were allegedly tortured to extract confessions that were ultimately used as evidence in trials that were widely seen as being unfair. Salehi was held in solitary confinement for over a year, according to the study.

The regime’s sham presidential election would exacerbate human rights abuses, since all indications suggest that the regime’s supreme commander, Ali Khamenei, has cleared the way for the current judiciary chief, Ebrahim Raisi, to become president.