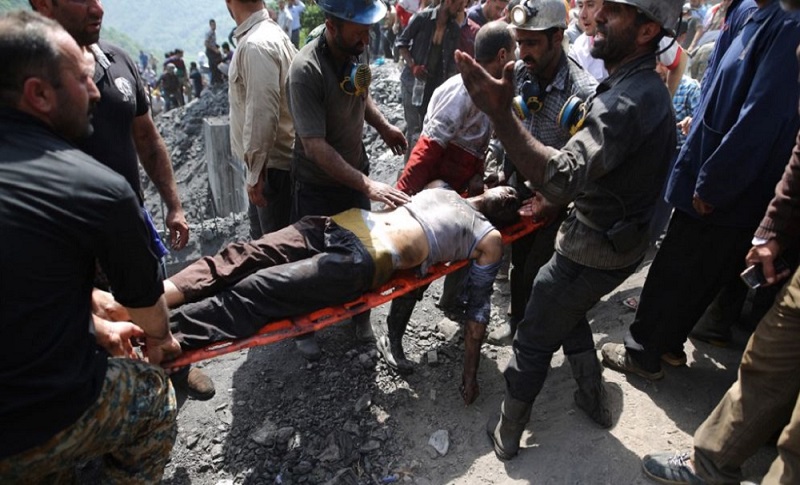 At least 20 Iranian workers have lost their lives in just one week due to unsafe working conditions under the mullahs’ regime, according to recent media reports.

On Thursday, October 17, four workers died because of a lack of the most basic safety provisions and equipment in several different workplaces in Rasht (northern Iran), Tubas (northeast Iran), and Chadegan (central Iran). It is not known how they died.

On that same day in Anbar-Abad, which is 260 km south of Kerman, the state-run news agency IRNA reported that two workers were electrocuted in water well.

On Thursday, October 10, a miner died in Goji, Zaveh, when the Chromite mine he was working in collapsed. State-run news agency Rokna reported that on the same day two workers died of suffocation in Pachenar, Qazvin, due to the emission of toxic gas in the area after a hole for sanitary pipes was excavated unprofessionally and in an unsafe manner.

State-run news agency ILNA reported that also on October 10 a young farmer died in Doukchi, Bukan, when his tractor overturned and two workers died from the suffocation of in a well dug 10 meters below ground in Lowshan, Gilan Province.

Of course, these incidents are only a small sample of the tragedies caused by the Regime’s lack of minimum safety tools and equipment in workplaces. The real number is much higher, but state-run media will not report those that don’t fit the narrative of the faction in the regime that they support and the regime hides as much as they can.

The Iranian Regime ranks 102nd in the world when it comes to compliance with safety procedures, mainly because the mullahs wouldn’t want something like the survival of their workers to get in the way of corporate profits. This is just another example of the exploitation of workers in Iran.

The Labour Committee of the National Council of Resistance of Iran (NCRI) wrote that they express “solidarity with the families of the victims” and urged all labor syndicates, unions and rights activists to “condemn the anti-labor policies of the religious fascism ruling Iran and support the rights of workers in Iran” in their report on October 21.