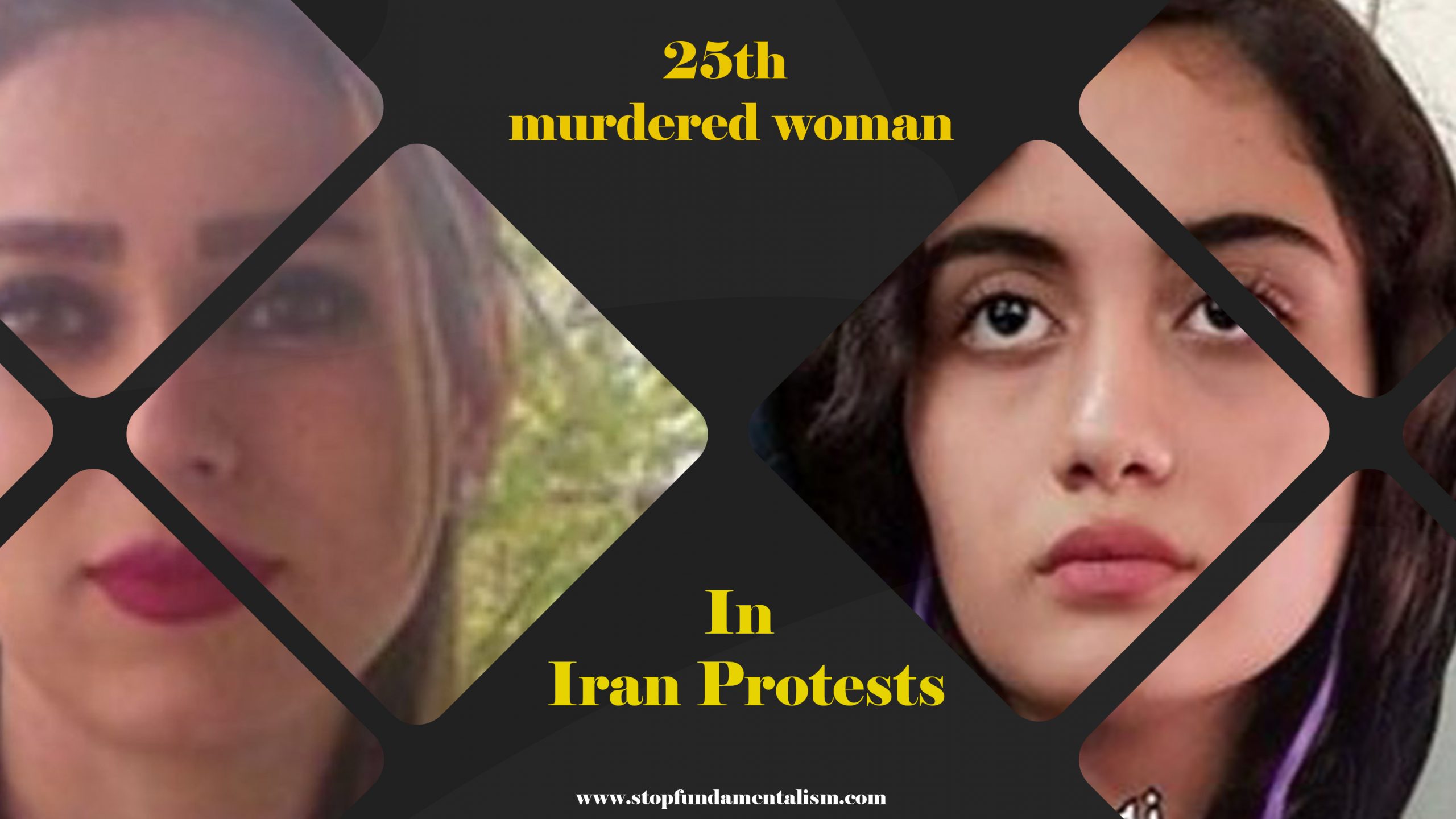 The Iranian Resistance has identified the 25th woman killed by the Iranian regime’s suppressive security forces during the ongoing crackdown on the Iran protests.

Massoumeh Darabpour, who was killed in Ahvaz, was named on the People’s Mojahedin (PMOI/MEK) new list of 30 more martyrs of the uprising, bringing the total to 380 identified out of over 1000 victims.

The Iranian Resistance estimates that over 4,000 people have been wounded and over 12,000 persons arrested.

In related news, in Javanroud, Kermanshah, on Friday, the Department of Intelligence arrested Nadia Sobhani, 25, for reportedly filming the protests and her family does not have any evidence on her whereabouts.

Brian Hook, the Special Representative for Iran and Senior Advisor to the Secretary of State, gave a press briefing on the Iran uprising last Thursday, where he confirmed that the regime’s abuse of the Iranian people, including killing over 1,000 unarmed protesters, was abhorrent and unacceptable.

He said: “It appears the regime could have murdered over a thousand Iranian citizens since the protests began. We cannot be certain because the regime blocks information. Among those murdered are at least a dozen children, including 13 and 14-year-olds. We have received reports from family members of victims who tried to recover the bodies. The authorities demanded that the families first pay the cost of the bullets they used. In many cases, authorities would not hand over the bodies until their family promised not to hold public funerals.”

Hook then spoke about events in Mahshahr, where Iranian demonstrators blocked a road and, without warning, the Iranian Revolutionary Guards Corps (IRGC) opened fire on the protesters and killed several. Even those who fled to marshlands were tracked down by the IRGC and sprayed protesters with bullets from machine guns mounted on trucks.

Hook said that on the video of this event, which was supplied to the US State Department, “the screams of the victims can be heard” between the rounds of machine-gun fire.

He said: “In this one incident alone, the regime murdered as many as a hundred Iranians and possibly more. When it was over, the regime loaded the bodies into trucks. We do not yet know where these bodies went, but we are learning more and more about how the Iranian regime treats its own people.”

He then called for the release of all arrested protesters and all political prisoners held by the regime.