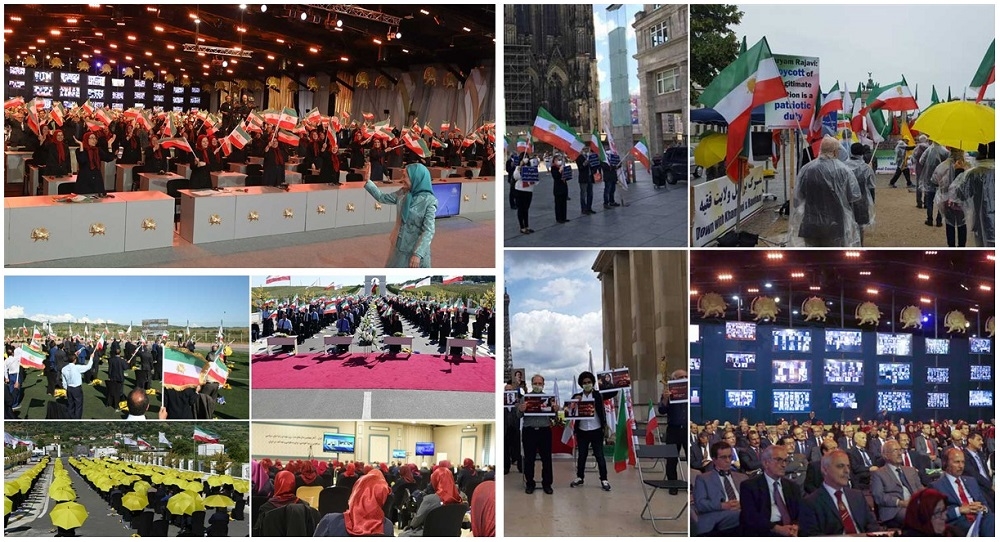 Iranian Resistance supporters and members of MEK Iran from around the world participated in an online conference hosted by the National Council of Resistance of Iran (NCRI) on June 20th to mark the start of the 40th year of resistance against dictatorship in Iran.

The participants, who had joined from more than 2000 locations around the world for this unique event, celebrated the Day of Iranian Martyrs and Political Prisoners. They paid tribute to the 120,000 martyrs who died for freedom in Iran and to the political prisoners who have persevered for the cause of democracy in the dungeons of the Islamist regime. The participants supported the Iranian resistance and the Iranian people’s struggle for regime change and the establishment of a secular and pluralist democracy based on universal suffrage.

Maryam Rajavi, President-elect of the NCRI and leader of MEK Iran, was the keynote speaker of this event. Rajavi said, “The Iranian people are determined to overthrow the religious dictatorship and they expressed this will strongly in their uprisings last November and January. The march of our people towards this goal is expressed daily in protests, strikes, and operations by resistance units. The relentless resistance of political prisoners to the executioners of the prisons is also part of this same perspective.”

Rajavi also emphasized that the international community must hear this message: “We have always said and repeated that this regime should not be allowed to acquire even a rifle bullet. We must not let them pocket the money from a single barrel of oil. They must be prevented from spending even a dollar on the Iranian people’s assets. As it has long been pointed out, the Iranian Resistance (MEK Iran and NCRI) calls for the implementation of six UN Security Council resolutions against this regime. We stress the need to renew the international embargo on arms deals with this regime. The international community must recognize the right of the Iranian people to fight against the religious dictatorship. The leaders of this regime must be brought to international justice for the massacre of 120,000 Iranians, including that of 30,000 political prisoners in 1988, as well as for the killing of 1,500 people during the uprising in November 2019.”

Supporters of the MEK Iran in Europe and representatives of the Iranian community abroad reiterated their support for the Iranian Resistance and promised to be the voice of the Iranian people in their quest for freedom and democracy.