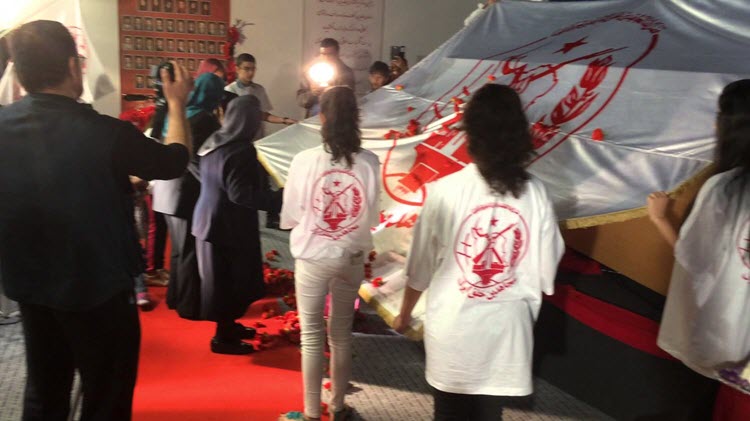 The National Council of Resistance of Iran (NCRI) have published a commemorative text on the 44th anniversary of the martyrdom of the People’s Mojahedin Organization of Iran (PMOI) founders by the Shah’s regime.

The PMOI was founded in 1965 by engineers Mohammad Hanifnejad, Said Mohsen, and Ali-Asghar Badizadgan with the aim of bringing democracy and freedom to Iran. Their quest “culminated in a true interpretation of Islam, which they demonstrated is inherently tolerant and democratic, and fully compatible with the values of modern-day civilization.”

In 1971, all PMOI leaders and the majority of members were arrested by the Shah’s secret police – SAVAK. On the 25th May 1972, the three founders of the PMOI and two members of the leadership – Mahmoud Askarizadeh and Rasoul Meshkinfam – were executed. This is after spending many months being tortured in prison.

Massoud Rajavi took over the leadership of the PMOI and was sentenced to death. However, his brother, Dr. Kazem Rajavi who was killed by mullah terrorists in 1990, managed to get the sentenced changed to life imprisonment with the help of the French President Georges Pompidou and Francois Mitterrand.

While still in prison, Massoud Rajavi continued to lead the struggle, but for this exact reason was sent to a torture centre where he was almost tortured to death. He asserted that religious fanaticism was the main threat to the opposition and warned about Khomeini’s “religious backwardness and despotism”.

The PMOI’s view of Islam is that it is “an inherently tolerant and democratic religion, and is fully compatible with the values of modern-day civilization”. They believe that “freedom, gender, ethnic and religious equality, human rights, and peace are not merely political commitments, but ideological principles based on its view of the Quran and the traditions and teachings of Prophet Muhammad, Shiite Imams, and other leaders”.

In a speech in 1982 Mr. Rajavi discussed the PMOI and Islam. He said: “The Islam we want is nationalistic, democratic, progressive, and not opposed to science or civilization. We believe there is no contradiction between modern science and true Islam, and we believe that in Islam there must be no compulsion or dictatorship.” He described the mullahs’ interpretation of the Quran as “mechanical and deterministic”.

The full commemorative text marking the 44th anniversary of the martyrdom of the PMOI founders by the Shah’s regime and the history of the PMOI is available to read in full on the NCRI’s website.