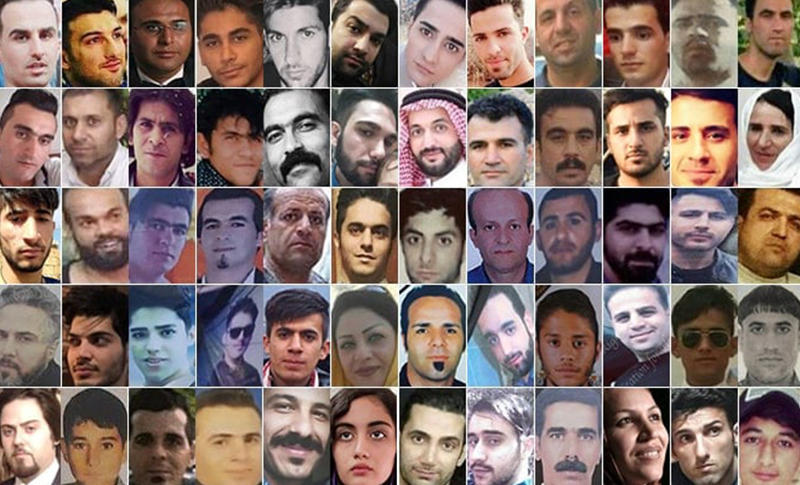 Sources affiliated with the Iranian opposition People’s Mojahedin Organization of Iran (PMOI/MEK) inside Iran are constantly providing new reports on the November uprising, identifying 504 protesters who were killed by the regime’s security forces as of Sunday, which was day 31 of the uprising.

Iranian opposition President Maryam Rajavi, head of the National Council of Resistance of Iran (NCRI), urged the international community to stand with the people of Iran and protect those arrested from the death penalty, which they have been threatened with.

She said: “The international community’s inaction has scarred conscience of contemporary humanity.”

Rajavi asked the United Nations Secretary-General to condemn this crime against humanity, dispatch of a fact-finding mission to Iran, and visit those being held in detention centers. She urged the Security Council session to address the crime and hold the regime leaders to account, highlighting that the international community’s inaction to one of the most horrific atrocities of the 21st century. She said this is something that has “scarred the conscience of contemporary humanity” and that the regime will interpret the silence as a “green light to continue and intensify its crimes”.

The United Nations must immediately dispatch fact-finding missions to #Iran to investigate the scale of crimes against humanity and visit those arrested. And the world must recognize the Iranian people’s Resistance and uprising to overthrow the mullahs #IranProtests pic.twitter.com/4gaq2y85wD

The MEK says that the November uprising, which has spread to at least 191 cities, “shook the very pillars of the mullahs’ regime”. They said that the number of those dead is likely much higher than feared because the regime has even shut down access to the internet in order to hide their crackdown.

Even the Revolutionary Guards (IRGC), who are leading the crackdown, are concerned about the uprising, with their affiliated newspaper, The Javan daily, saying these are the biggest protests since 1981.

They wrote: “The recent protests were similar to the 1981 incidents. Armed clashes were reported in various cities, including various examples of Khuzestan Province in southwest Iran. There was no such case from 1981 to this day… In 2009, a number of people were killed outside two IRGC Basij sites where there were dozens of weapons. In 2017, a number of people were killed in an attack on a police station in Qahdarijan (central Iran). This year, however, there were over 80 reports of attacks on such sites. Most of the protesters did not pose particular risks. In one city, however, two to five individuals took control of the scene and physically changed the course of the protesters, changed the slogans. Their planning and directing was very precise and specifically calculated.”