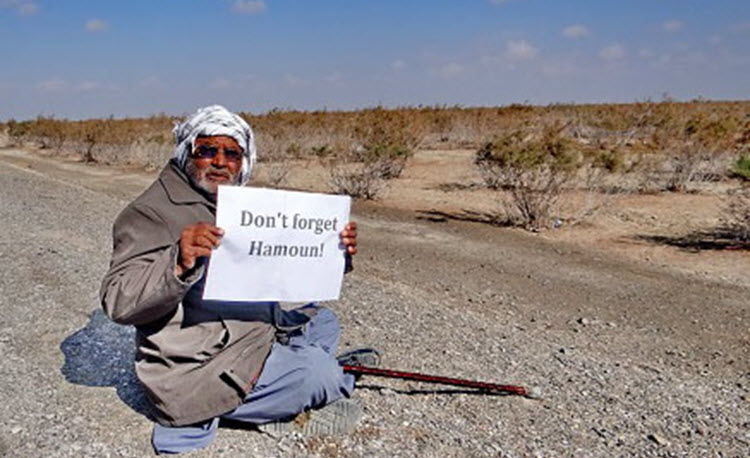 Over three quarters of Iran is expected to face drought according to the regime’s officials and state media. This is despite the heavy rainfall being experienced in several areas of the country.

The head of the National Drought Warning and Monitoring Center at the Iran Meteorological Organization (IRIMO), Shahrokh Fateh, told the state-run ISNA news agency on 6th May that short term rainfalls will have no change on the state of underground water.

He said the country is suffering from accumulated drought – a long-term issue that has not seen an improvement even after recent heavy rainfall.

In reference to the drought crisis the country has experienced in past years, he said: “In the long-term drought of the country, we have an accumulated great debt to nature which should be erased with time. According to the 7-year observation of drought, in addition to 80% of the country, even in sections where we had heavy rainfalls recently, we still face accumulated drought.”

The Tabnak website which has an affiliation with a former commander of the regime’s Revolutionary Guards, reported on 4th April 2015: “Concurrent with the diminishing levels of water reservoirs in the dams, we also hear about the drying up of lakes and ponds which had endured for centuries while we see our lives engulfed in dust. Among the sources of this dust is the alluvium that had accumulated in the basins of these lakes and as they dry up the wind picks them up and brings upon us this plague.”

The National Council of Resistance of Iran (NCRI) have highlighted that regime officials too have acknowledged that Iran is facing water shortages.

Mrs. Maryam Rajavi, President-elect of the Iranian Resistance, last September, said the water shortage in the country is catastrophic. She said it is a direct consequence of the “Iranian regime’s antinationalistic policies and unbridled corruption by the regime’s leaders and the Revolutionary Guards (IRGC) in wasting the country’s assets on nuclear projects and export of terrorism and fundamentalism”. To save the country from crisis, she said it was imperative that the religious fascism is toppled and that democracy is established.