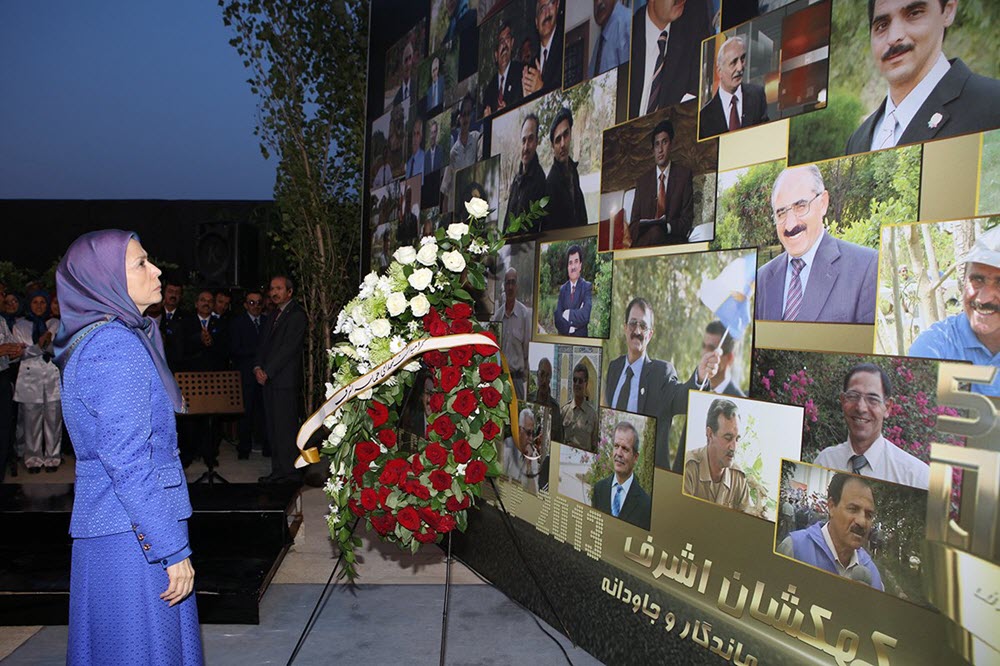 On the fourth anniversary of the attack on Camp Ashraf in Iraq which killed 52 members of the PMOI/MEK, Mrs. Maryam Rajavi, President-elect of the National Council of Resistance of Iran (NCRI), made a speech to pay homage to the Resistance.

She promised that their sacrifice will never be forgotten and that the Resistance will be unrelenting in its mission to overthrow the Iranian regime that has caused so much suffering, both in the past and in the present.

Speaking about the brutality of the attack, Mrs. Rajavi recalled that videos show PMOI/MEK members with their hands bound behind their back, killed by a bullet to the head. She also spoke about the ill people who were shot while in bed in the clinic. She praised them all for fighting until their last breath.

Mrs. Rajavi mentioned the brave young members of the PMOI/MEK that fought for Iran’s younger generation and praised their selflessness. They fought with “full sincerity and honesty”. 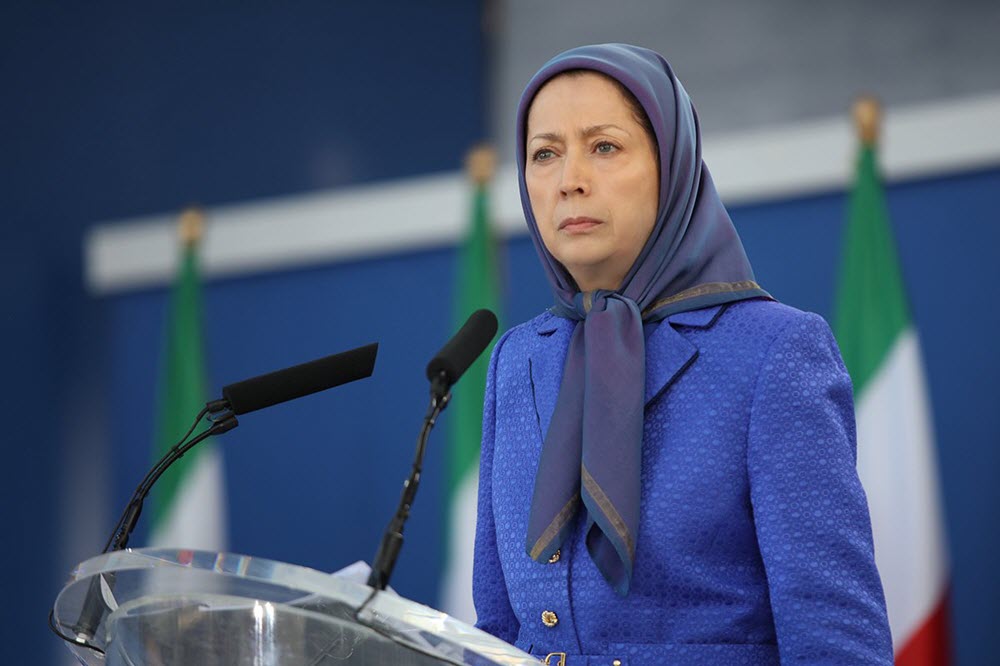 Mrs. Rajavi reminded the Resistance movement that it is events like this massacre that spur even more resistance against the Iranian regime.

Forty-two members of the PMOI/MEK survived the attack. Mrs. Rajavi said: “You were witnesses to the scenes of the massacre. You emerged from that battle, eager to fight on under the command of Maryam Akbari in those moments of life and death. Indeed, she fulfilled her historic duty in the best way possible. At the time, you were not just 42 individuals, but representatives of an enchained nation that wishes to bring down the mullahs’ tyrannical regime. You lived to fight the murderers.”

She added that they are representatives of the history and dignity of the camp and they were instrumental in exposing the truth about what happened to the United Nations.

Mrs. Rajavi highlighted that the Iranian regime failed in this attack – it did not succeed in annihilating the Resistance. In fact, it had the opposite effect because the spirit of resistance was rekindled. 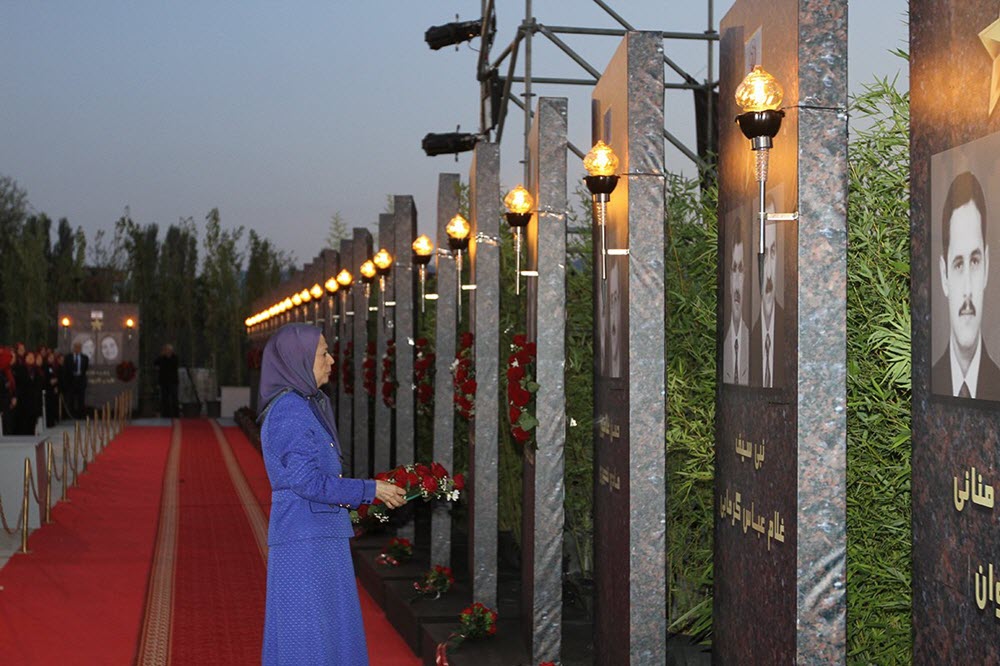 Former heir to the first Supreme Leader of Iran, Hossein Ali Montazeri, many years ago, warned the regime that killing members of the Resistance will not work because the Mojahedin is not just a group of individuals. He pointed out that the Mojahedin represents “a school of thought and a philosophy (…)” and killing its members would have the opposite effect.

Mrs. Rajavi thanked all the supporters of the Resistance, including the many people who have published books and reports about the reality and truth of Ashraf, including Mr. Tahar Boumedra, Mr. Struan Stevenson, Mr. Raymond Tanter and Mr. Alejo Vidal Quadras.

She called on the Resistance to continue with its mission. “The mission is regime change and the overthrow of the religious dictatorship in Iran. The mission is the establishment of freedom. In all certainty and without the slightest doubt, this mission will be accomplished.”