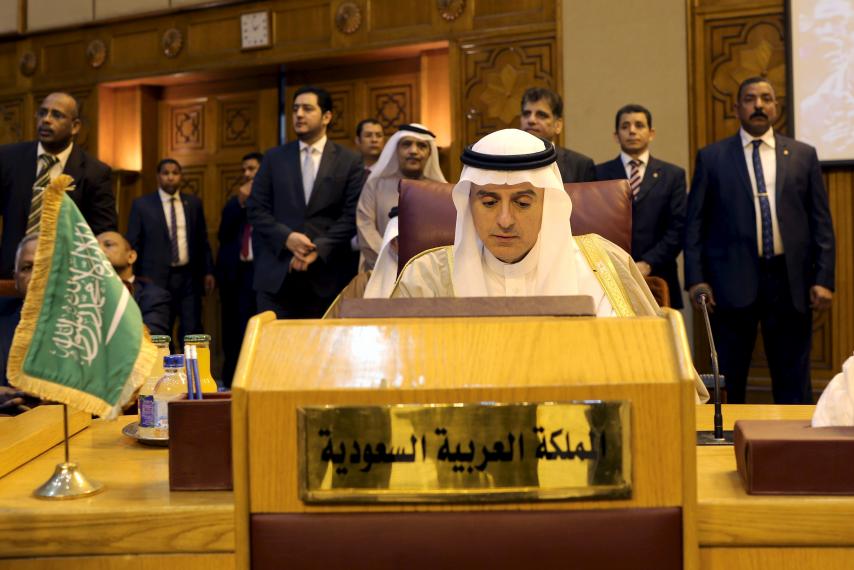 by Atousa Pilger
The Saudi Arabian Foreign Minister has stated that his country would not accept or allow Iranian interference and terrorism to take hold of the Middle East.
At a meeting of the Arab foreign ministers in Riyadh, Adel Al Jubeir said that so long as the Iranian Regime continues to interfere in the domestic affairs of other nation-states (i.e. igniting or fanning the flames of sectarian strife, planting and/or funding terrorist militias) there will be no peace or stability in the region.

He said: “Iran and terrorism are two inseparable allies. They are behind the supply of its terrorist Al Houthi militia in Yemen with Iranian-made ballistic missiles fired by the Houthi militia on Saudi cities, and which have 117 missiles.”
The most recent attacks earlier this month killed one civilian and injured two more.
Al Jubeir added that these attacks reflected Iran’s malign ideology and the act of supporting terrorist groups in Yemen, especially supplying them with ballistic missiles in spite of two UN resolutions, undermine the security and stability of Yemen and all Arab nations involved in the coalition to reinstate the legitimate Yemeni government.

He said: “We support the efforts exerted by the United Nations to implement Security Council Resolution 2216 in accordance with the Gulf initiative and the outcome of the Yemeni national dialogue.”
Al Jubeir also noted that the Houthis and their Iranian backers hold full responsibility for the humanitarian crisis in Yemen as a result of this three-year-long civil war. He said that Saudi Arabia had provided billions of dollars of aid to the country since the war began and was still allowing aid trucks through.
Following the November missile attack on Saudi Arabia by the Houthis, Saudi Arabia closed the borders to all vehicles except for aid trucks to prevent Iran from supplying the Houthis with more ballistic missiles, but the parts were still smuggled in.

Al Jubeir also took the opportunity to condemn the chemical attack on unarmed civilians in eastern Ghouta, Syria. This attack is believed to have been launched by the Syrian government forces, with help from their Iranian allies. Al Jubeir called for those responsible to be punished.
Al Jubeir also stressed that the reconstruction of Iraq was a top priority. Iraq had suffered great damage as a result of the second Gulf war and the Iranian Regime has previously capitalised on that to turn Iraq into a vassal state; something that must be stopped.
The meeting was held to prepare a draft agenda and final communiqué for the forthcoming 29th Arab summit.