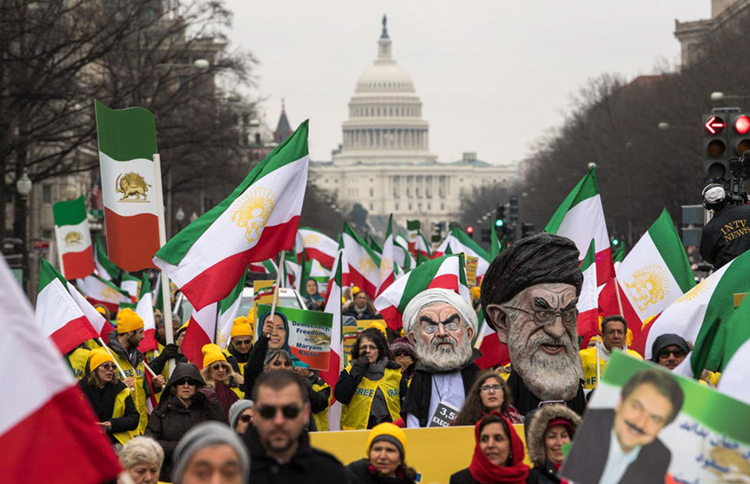 For a long time, the US has believed the false narrative that the only options for dealing with Iran are appeasement or war. Neither of those options is good because no one wants to enter a deadly war in the Middle East and no one wants to allow a dictatorship to continue its crimes unchallenged.

The appeasement approach has only emboldened the Regime while fooling Americans into believing that the mullahs can be persuaded to change their behaviour. However, this behavioural change has not occurred in the past four decades, so why would we expect it now? Over the past 40 years, the Iranian Regime has only continued seeking nukes, building ballistic missiles, suppressing its own citizens, and starting proxy conflicts across the Middle East.

However, there is another option, one is conveniently hidden by the Iran lobby in Washington, which is supporting the Iranian people and their Resistance in their fight for regime change. The Iranian people don’t need the US to fight their battles for them, only to stop supporting those who attack them. That’s why the US should impose more sanctions against the Regime, which help stop the mullahs from funding their army, the proxy militias, and their illicit bomb programs, and why the rest of the world should follow them.

The US has made some good moves in the past year or so, including withdrawing from the nuclear deal, re-imposing sanctions, designating the Revolutionary Guard Corps (IRGC) as a Foreign Terrorist Organization, and sanctioning Supreme Leader Ali Khamenei and his office.

More needs to be done and the Iranian diaspora has been advocating for this over the weekend at a rally in Berlin, where they declared their support for the nationwide anti-regime uprising, as well as for National Council o Resistance of Iran (NCRI) leader Maryam Rajavi.

Ken Blackwell, a senior fellow at the Family Research Council, wrote: “The NCRI and its main constituent group, the Mujahedin-e Khalq (MEK), have demonstrated their capacity for effective resistance over more than three decades, culminating in a leading role in the planning and execution of last year’s nationwide uprising. This only accelerated the expression of paranoia among Iranian officials, as it concerns the NCRI’s domestic popularity and organizational strength. This goes to show that, contrary to the assumptions underlying Western narratives about a choice between engagement and war, there is a viable alternative to the existing regime, and thus a viable alternative to either tolerating that regime or throwing it out by force of a foreign military intervention.”