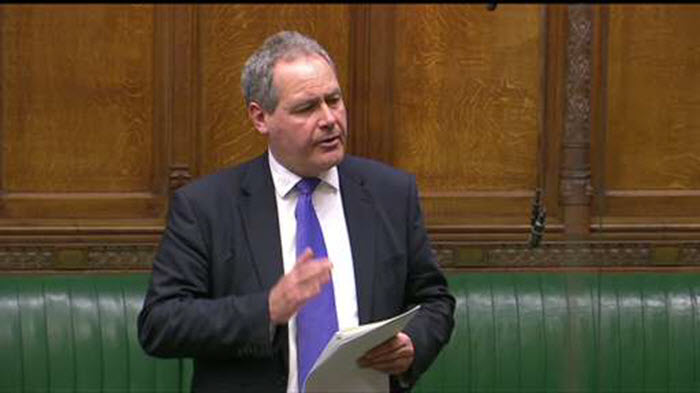 Bob Blackman MP, a Conservative member of the UK House of Commons representing the Harrow East constituency, wrote an article for The Hill in which he discusses the expectations of the Iranian regime.

He points out that in the year since the nuclear agreement between Iran and six world powers was signed the regime has failed in several aspects of compliance. This has been confirmed by the United Nations who released a report on 18th July confirming that the basic requirement of the deal have been met, but the higher standards of compliance have not. They have carried out numerous test-firings of nuclear-capable ballistic missiles, provided weapons to foreign conflict zones, and have generally antagonised Western powers and the world community.

Blackman says that this comes as no surprise. He believes that full-fledged compliance with international accords was always a “pipe-dream”, only believed possible by “naïve” parties such as the Obama administration which “sold the deal to lawmakers and the American public” by saying it was possible because “moderate” President Hassan Rouhani had been elected.

Rouhani is very far from being moderate. His long history in the clerical regime shows this – he used to be lead nuclear negotiator, during which time he bragged about raising Tehran’s nuclear profile while keeping international scrutiny at bay.

Also, for many years, the Iranian opposition, the National Council of Resistance of Iran (NCRI) has brought to our attention the rising number of executions in Iran as well as the politically motivated arrests. They have also drawn our attention to the “undiminished sponsorship of terrorism” and Tehran’s increasing involvement in the affairs of Middle Eastern countries including Syria, Iraq, Yemen, and Lebanon.

He points out that in return the White House and its closest allies have been blamed for all of Iran’s problems. They have been “used as scapegoats to explain away the well-reasoned conclusion by the UN that Tehran’s activities are still at odds with the interests of most democratic nations,” Blackman said. He added: “The Iranian Foreign Ministry quickly responded to Monday’s UN report by declaring that it was politically biased and was the result of “open pressure” from the U.S. The very country whose policy reversals under the Obama administration made Iran’s large-scale sanctions relief possible is still being maligned by the Islamic Republic to distract from the fact that Iran’s theocratic authorities refuse to compromise on their most dangerous ambitions.”

Western powers hoped for a gentler Islamic Republic, but what they got was a regime that is taking advantage of the financial windfall that allows them to do as they please.

After the NCRI’s gathering in Paris on 9th July, Iran’s Foreign Ministry summoned the French ambassador for a response about the rally. Earlier in the year Rouhani cancelled a planned visit to Austria when the government refused to ban a protest against his presence in Vienna.

Blackman said that he hopes French officials will have the same resolve as the Austrians. He said policymakers should “recognize that giving concessions to the Islamic Republic is a bad bet that does not pay off”. The U.S. lost important leverage in hope of improved relations but it “remained the main object of Tehran’s wrath” and the UN closed the file on Tehran’s nuclear weapons program but the regime still accuses them of political bias.

“The more concessions are given to the Iranian regime, the more it takes advantage of them. Its behavior does not change and its negotiating partners invariably are left wondering what they ever hoped to achieve in the first place. In light of the UN having reminded us all of this fact, we cannot continue repeating the same mistakes. We must return to policies that recognize Tehran regime as what it is and put pressure on it to comply with international demands and heed international concerns, instead of returning the regime’s duplicitous smile and keeping our fingers crossed for the best.”