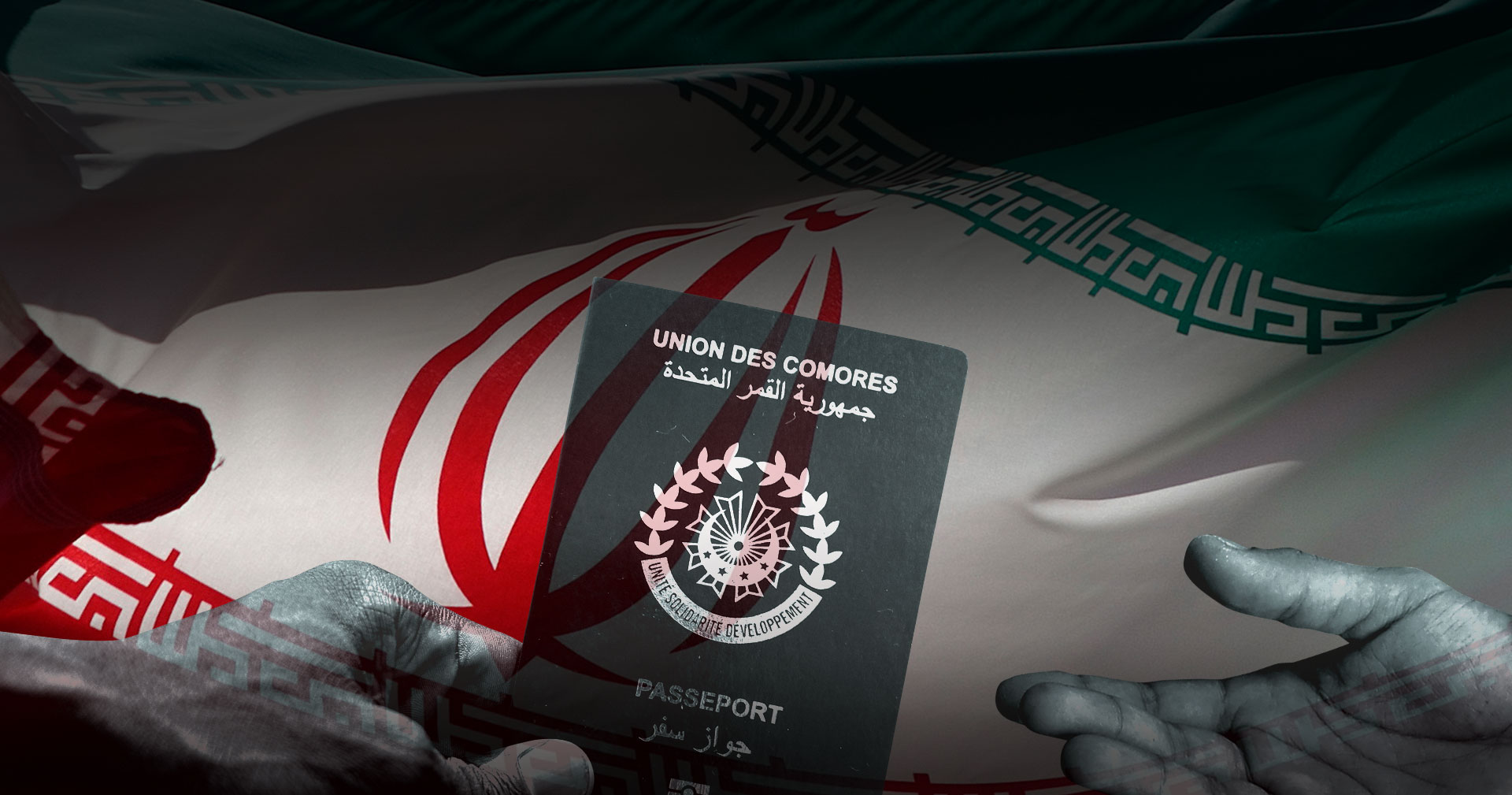 by Staff writer, SF
At the beginning of the year, authorities in the Comoros Islands, a tiny nation off the cost of Eastern Africa, cancelled a number of passports that had been ordered by foreigners. The official statement was that the passports were improperly issued. However, it has now come to light that more than two-thirds of the 155 passports that were cancelled belonged to Iranians.

The Comoros Islands started to sell passports in 2008 as a way of raising some much-needed funds. It originally launched a programme with Kuwait and the United Arab Emirates so that stateless people from these nations – Bidoon – could contribute to the development of the group of islands in exchange for a Comorian passport.
Iran and the Comoros Islands were building ties and the president of the islands at that time had Iranian bodyguards. The president, Ahmed Abdallah Mohammed Sambi, was eventually arrested over the scheme.
The cancelled passports belonged to Iranian oil and gas, shipping, metal and foreign exchange executives. In other words, the sectors that are affected by international sanctions on Iran.
Security sources in the West and on the islands fear that Iranians are using their passports to protect assets and get around sanctions. Those with a Comoros passport can travel across the Middle and Far East without having to obtain a visa. Iranians could, theoretically, use their passport to register companies abroad as well as open a bank account.
Experts say that the main attraction for obtaining such a passport would be so that an Iranian could conduct business without them being flagged as an Iranian.
Since 2008, more than one thousand Iranians have purchased a Comoros passport. Most of them were bought between 2011 and 2013 when international sanctions, especially on the banking and oil sectors, were tightened.
At the beginning of 2016, the Comoros Islands severed ties with Iran and chose to forge a new relationship with Iran’s arch rival in the region Saudi Arabia.
Last year, many concerns were raised about the citizenship scheme and UAE officials had said that there was an increasing trend of non-Bidoon and non-Comorians travelling on the passports. Island security forces had also indicated that there were a worrying number of deaths on the war front in Syria and Iraq of Comorian passport holders.
There are great concerns from the West that the misuse and lack of vetting is posing a real security threat.
The United States announced in May that it was exiting the nuclear deal and that sanctions are to be reapplied. Furthermore, fresh sanctions are to be applied in an attempt to prevent the Iranian regime from being funded by foreign businesses and banks.
The Iranian regime is used to sanctions and it is very open about the fact that it has several workarounds to take away the sting. The country’s Islamic Revolutionary Guard Corps (IRGC) has also spoken about the “inconvenience” of sanctions, but it has adapted on the whole.
The government of Iran does not permit Iranian citizens to have dual nationality or hold a second passport, but it has apparently allowed a number of senior business people to do so just so that business transactions and travel can be facilitated.