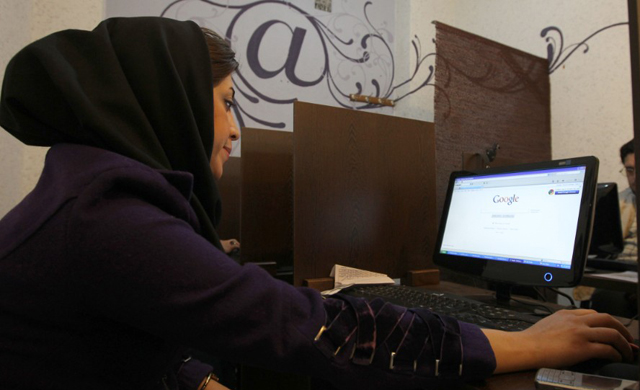 Iran blocks access to most social networks and foreign news websites, and the Telegram app is the way Iranians access international news and opinions.

On February 19th, access to the Telegram app was disrupted, reported a number of Iranians across the country, after a night of clashes between protesting Gonabadi Sufis and the police.

According to Telegram, however, the problem was not limited to Iran. Europe and several Middle East countries also experienced disruptions. Still, it is interesting that
the disruptions followed the unrest, particularly because of the heightened presence of security forces in the area of the deadly confrontation.

Telegram reported that 40 million Iranians were using the app more than a year ago — a number that most likely increased since that time. Naturally, people turned to Telegram for news and to communicate during the recent violent clash.

Officials and politicians use Telegram, as well. In fact, the MP, Alireza Rahimi, published the minutes of an emergency meeting conducted by parliament’s National Security and Foreign Policy Committee on his Telegram channel.

However, hardliners like Mohammad Saleh Meftah, the administrator of Farda news site, are putting pressure on President Rouhani to block certain Telegram channels. Meftah tweeted, “Somebody should wake up the respected Minister of Communication so I can introduce him to a number of Telegram accounts that belong to the terrorists and ISIS dervishes. Everywhere in the world they would shut down social networks that carry such terrorist content!”

The Amad News Telegram channel, is also targeted to be blocked. Authorities criticized the channel during the nationwide protests in December and January, accusing it of encouraging violence. During the protests, Telegram CEO Pavel Durov reported that Iranian officials asked Telegram to block channels that covered or encouraged the protests. The Amad News channel was blocked after it encouraged protesters to use Molotov cocktails, and shared a video of a man threatening government officials and agents with armed action.

As reported by the Washington Post, Telegram’s decision drew criticism from Iranians and free internet advocates.

Telegram then rejected the request for blocking specific channels, Iran blocked the entire nation’s access to the social network. Less than two weeks later, the block was lifted, and Iranians were able to access Telegram once again.

The Jahan News website, claimed, “Telegram and Instagram are tools of terrorism for intelligence networks and those who want to overthrow.” Jahan’s report alleged that certain Telegram channels began by using the guise of exposing financial corruption to gain the trust of the Iranian people. It claimed that this was part of a long-term plan to create unrest in Iran.

The website also criticized members of Rouhani’s administration and demanded that sites like Amad News be blocked. Jahan News is owned by Alireza Zakani, a former conservative member of the parliament.

The controversy over Telegram continues, as those who oppose Telegram are seeking to develop an approved alternative.