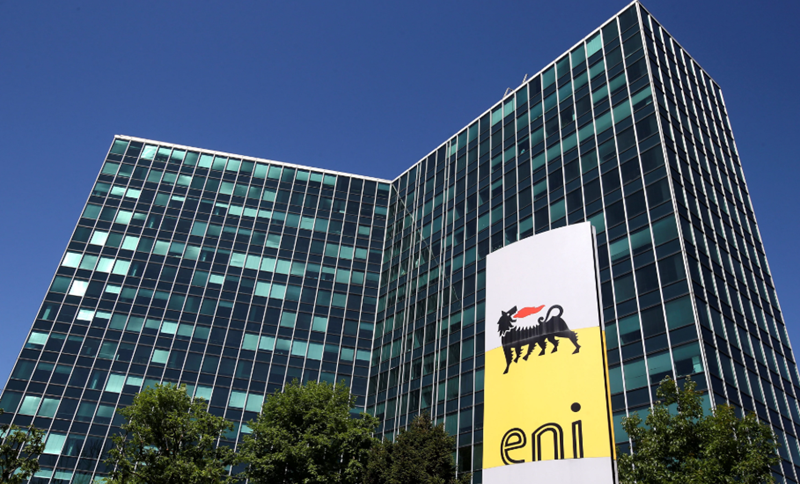 A cargo of crude oil was recently rejected by Italy’s oil giant Eni SpA because it bore the hallmarks of Iranian crude. Energy companies must now grapple with sophisticated techniques used by Iran to evade U.S. sanctions.

The cargo remains on board a Liberia-flagged vessel named White Moon, after Eni said the specifications didn’t match those of its contract for Iraqi oil. The ship’s documents show that the cargo, which Eni bought from the trading arm of Nigeria’s Oando PLC, was Iraqi, an Eni spokesman said.

The company “is not aware if, or has evidence of, a precise geographical origin different from that indicated on the documents of origin and load,” said an Eni spokesman.

While Washington did not renew waivers that had allowed some countries, including Italy, to purchase limited volumes of Iranian oil, Eni already had voluntarily stopped buying Iranian crude in October.

The incident highlights the challenges energy companies face in meeting Washington’s stricter due-diligence guidelines for potentially deceptive shipping practices in maritime trade. Oando Trading’s general manager of corporate development Effanga Effanga, said “at the point of loading there was a joint inspection between Eni and Oando and it met contract specifications and at the point of discharge we found out it was off-spec due to the sulfur content.” Mr. Effanga declined to specify whether that inspection took place in the Persian Gulf or elsewhere.

Mr. Effanga said Oando has now rejected the cargo and sent it back to its own supplier but declined to name that company. The White Moon, according to ship-tracking websites, left Sicily on Wednesday.

Alessandro Des Dorides, Eni’s head of oil trading, oversaw the deal for the cargo, was fired three weeks ago, though the company says it had nothing to do with this matter.

The U.S. Treasury Department has told companies how to identify red flags for potential sanctions-evasion behavior in their supply chains. These include ship to ship transfers—by which cargo is moved from one ship to another at sea—and any sign of manipulation to a vessel’s radio-signal tracking system in suspicious waters. Regarding thesis guidelines:

• The White Moon’s cargo appears to have taken a circuitous route into the oil supply chain.

• At least some of the oil White Moon transported came from a ship-to-ship transfer with a Liberia-flagged vessel named New Prosperity in the Persian Gulf in early May, data from oil analytics firm Vortexa showed.

• Data from shipping tracker Marine Traffic also shows the New Prosperity emptied most of its cargo around May 6 while the White Moon, which stood next to her, filled up.

• Before unloading oil to the White Moon, New Prosperity received its cargo from a ship-to-ship transfer with a Vietnam-flagged vessel named Abyss.

• Ship-tracking data showed Abyss wasn’t emitting a radio signal for its location between April 24 and May 3.

Zodiac Maritime, operator of White Moon, spokesman said it “independently carried out customary sanctions compliance checks on the owner of the previous vessel and its journey history before the [ship-to-ship] transfer took place. Eni also gave us express written assurance that its cargo was not from a sanctioned territory, including Iran.”

But, the owner of Abyss, PetroVietnam Transportation Corp., didn’t respond to requests for comment.

New Prosperity’s owners, the Greece-based New Shipping Ltd., confirmed the initial transfer of oil from Abyss to its ship, which it said was done in Iraqi waters with Iraqi crude, and that the cargo was then transferred to White Moon. “Our charter strictly prohibits loading any Iranian origin oil and no STS operation is allowed with any Iranian related vessel,” New Shipping said in an emailed statement.

Although ships aren’t penalized for not using radio-signal tracking systems, ships are advised to use tracking systems to avoid collisions between vessels or locate them if they need rescuing.