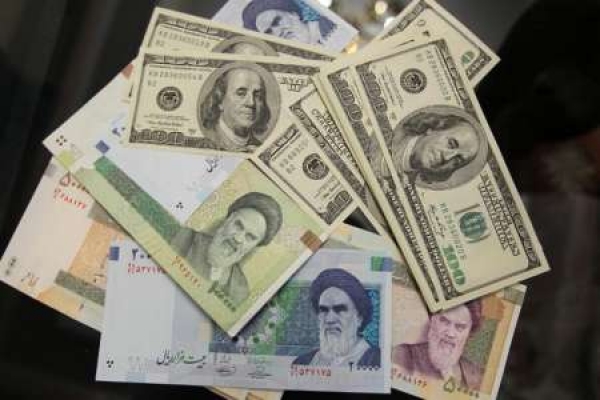 by Saeed
In Tehran, the police have shut down 16 unauthorized money currency exchanges and arrested 12 individuals who “disrupted the foreign exchange market.”

Ayatollah Nasser Makarem Shirazi, called for execution of “a few main foreign exchange dealers,” on the day after Iran introduced a “single rate of exchange” for US dollar.

In Qom on April 11th, he said, “we have to pay a price if we do not act proactively.” Iranian media quoted him as suggesting, “We should execute, according to Islamic rules, a few foreign exchange traders who try to plunge the country into chaos, in order to teach a lesson to others.” His comments sparked negative reactions on social media.

Tasnim News Agency quoted Tehran Police Chief Hossein Rahim as saying that 12 people who allegedly disrupted the order in the Forex market, the decentralized global market where all the world’s currencies trade, have been arrested. Rahimi said, “In a move in coordination with the Central Bank, Iran’s Cyber space police has summoned a group who disrupted the Forex market using the Internet and social media.”

Paris-based economist Fereidoun Khavand talked about Iran’s recent announcement of a single rate of exchange. He said, “Influencing the foreign exchange market with a government order or by use of force by the police would be too difficult, if not impossible.” In an interview, Khavand said that, “tensions in Iran’s foreign policy, problems on the way of implementing Iran’s nuclear deal with the West (JCPOA) and the probable withdrawal of the U.S. from the deal are some of the most significant reasons of chaos in Iran’s foreign currency market.”

The exchange rate of the Iranian currency has been in a steady decline since last September. On Monday, the rial dropped to 60,000 against the U.S. dollar, which is the lowest exchange rate in its history. Following this, the Rouhani administration announced a single rate — 4,2000 rial for a dollar — but banks and moneychangers in Tehran are not trading at this price. In fact, some moneychangers have recently quit doing business.

Iran’s government has now announced that the possession of more that 10,000 Euros, or its equivalent in any other foreign currency, will be considered a criminal offense.
The governor of Iran’s Central Bank Valiollah Seyf said on April 11th, “We have taken a very effective economic measure.” Seyf added, “Fluctuations in the Forex market have non-economic reasons.”

Mohammad Nahavandian, Vice-President for Economic Affairs, agreed with Seyf in an interview on state TV Tuesday evening April 10th. “Fluctuations in the foreign currency market took place because of inappropriate words on social media,” he said, adding that, “From now on violating Central Bank regulations would be a criminal offense.”

According to the Iranian Labor News Agency (ILNA), prominent MP Behrouz Nemati said that the parliament had foreseen the problem and had warned the administration. He criticized the President Hassan Rouhani’s government for “not speaking with one voice” about the foreign currency problem, as “even officials who have no economic responsibility comment on economic affairs.”

Economist Ahmad Alavi, stated that the rise in the rate of exchange in Iran was foreseeable. “Contrary to promises made by the Central Bank, no change has taken place in the structure of Iran’s economy. So, like always, fundamental problems, such as inflation, people rushing to the market and stockpiling foreign currency and capital flight from the country, have led to the constant rise in the price of foreign currencies,” Alavi said.