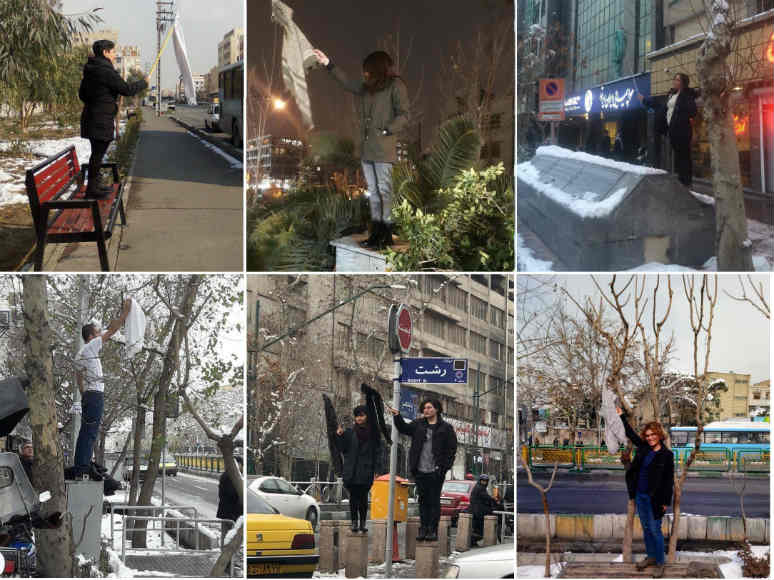 by Saeed
In a series of short films created by filmmaker Joshua Seftel that are entitled, “The Secret Life of Muslims,” Muslim American women, who chose to wear the hijab, discuss common misconceptions about it, and answer basic questions about the head covering, such as whether you must wear one in the shower, or to sleep in.

This is in contrast to Iran, where the the Center for Strategic Studies, which operates as part of the Iranian president’s office, recently published a three-year old study that illustrates the growing public distaste for the obligatory hijab. This follows the protests that broke out in Iran early this year, where dozens of women were arrested for discarding their mandatory Islamic head covering.

Comparing data from 2006, 2007, 2010, and 2014, the study illustrates the decline in support for the legal restrictions on women’s clothing, a change begun during the 1979 Islamic Revolution. In fact, in 2006, 34% of Iranians believed that the government should not be allowed to dictate what women wear, but this number jumped to 49% by 2014.
“And I’m sure if you ran the survey again today, that number would be even higher,” said an Iranian woman, who wished to remain anonymous.

Regarding more restrictive religious clothing like the chador, in 2006, 54% of those questioned thought that women should wear this garment that wraps around the entire body, and reveals only the face. However, the number dropped to 35% by 2014.

Respondents to the survey were also asked whether the government should charge women who were caught without a hijab in public. Nearly half the population believed the women should be charged in 2006, but three years ago that number had fallen to just 39%.
While compulsory veiling appears to be unacceptable to the majority of Iranian people, the issue may be deeper than that. The recent protests clearly showed that the promised reforms are not enough, as the people called for regime change.

Many find it strange that President Rouhani has published these numbers while the police step up their crackdown on anti-hijab protests. They call it a “slick political gambit.”
In a similar move, last December Rouhani published the government’s budget in full, claiming he was striving for transparency.
He ran his campaign claiming to be a reformer, and hoped that revelations about how much funding the government is obligated to pay religious institutions and employees would temper anger over broken promises. However, it backfired into the uprising we witnessed at the turn of the year, where calls for regime change were shouted by the Iranian people.