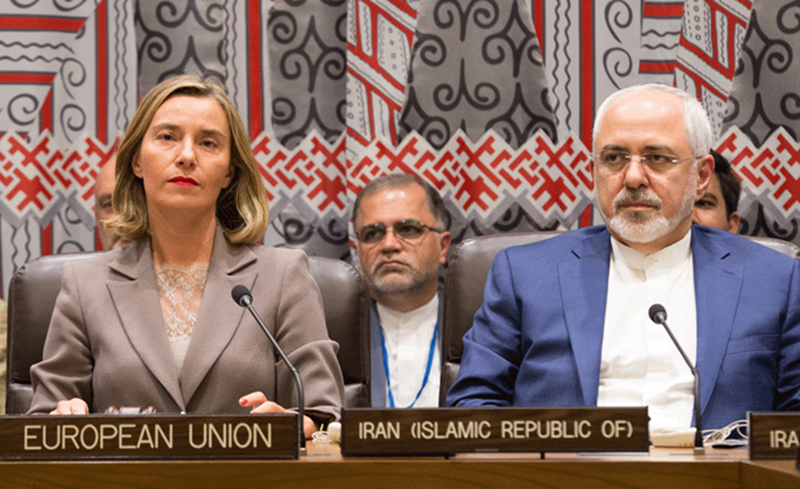 When the controversial Joint Comprehensive Plan of Action (JCPoA), or 2015 Iran nuclear deal, was signed, there were high hopes from the then US President Barack Obama that Iran would become more moderate and would start to occupy a rightful place in the international community.

Unfortunately, the critics of the deal were right – the deal has been a failure and Iran has become more belligerent since. The Iran threat has not been neutralised and the current US President – Donald Trump – has said that the deal in fact guarantees a nuclear arms race in the region.

The deal freed up billions in dollars of previously frozen assets and the Iranian regime used its newfound wealth to further fuel conflicts in the Middle East. It upped its support for militias and proxy groups and it put more resources into propping up Syrian President Bashar al Assad and his regime.

Iran has continued to provoke the international community, in particular via its ballistic missile tests. Furthermore, the Iran threat spread even further, with a number of plots being uncovered in Europe. Iranian involvement with plots to kill opposition members residing in Albania, a planned attack against the National Council of Resistance of Iran’s (NCRI) annual conference in Paris and the attempted assassination of Iranian dissidents in Denmark are all concerns for the Europeans.

Trump exited the nuclear agreement because he felt that it was all in the favour of the Iranian regime and it did nothing to protect the United States. He announced that crippling economic sanctions would be re-imposed and he declared that the United States would put Iran under immense pressure.

The European Union is also said to be shunning the Polish summit that is due to take place next month and officials close to the EU High Commissioner have said that it is nothing but an anti-Iran gathering. Furthermore, officials in the EU are still working towards continuing trade with Iran. This in itself it shocking because it is putting a value that it prioritises for its own people to one side. Human rights. It is failing to acknowledge the Iranian regime’s continual and systematic abuse of human rights in favour of trade negotiations.

It is time that the European Union took a step back and looked at the situation from afar. The people of Iran are calling for regime change. After years of corruption and suppression, they are calling out for a change of leadership because it is the only way in which they will ever have a chance of experiencing freedom and democracy.

Perhaps the EU should think about the threat of Iran towards its own people if it is blind to the abuses that happen in Iran and in the Middle East.