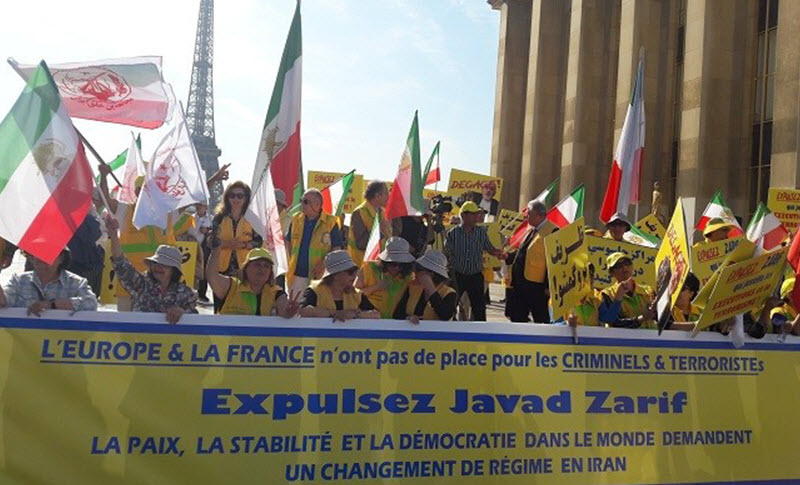 Protests against the European trip of Mohammad Javad Zarif, the foreign minister of the Iranian regime, continue. The French committee of Mayors in support of a democratic Iran, headed by Mr. Jean-Francois Legaret, Mayor of 1st. arrondissement of Paris, issued a statement condemning the visit of the Iranian regime’s FM to France.

France is the country of human rights and cannot be complicit or indifferent to the widespread and serious human rights violation by the mullahs. France’s commitments to international peace and security and our principals of our republic must lead us to condemn the “brutal reality of mullahs’ dictatorship in Iran. The history of the past forty years has made it clear that talking to this regime is useless. And it has failed to stop the regime’s terrorist plots, including the attacks to Villepinte (Annual FREE IRAN Gathering of the Iranian Resistance). A diplomat from the Iranian embassy in Vienna has been charged with a plot to bomb a MEK rally in Paris on June 2018 and is awaiting trial in Belgium. The ambassador and first secretary from the Iranian embassy in Albania were expelled from that country last December on similar charges. Zarif is ultimately their boss. In fact, these talks have not prevented the regime from attacking Syria, Lebanon, Yemen and elsewhere. As it has not prevented the suppression or execution of the people in Iran, and certainly no result for the nuclear deal. “(21 August 2019)

Also during Zarif’s visit to Paris, Mr. Jean-Francois Legaret, Mayor of 1st Arrondissment of Paris, installed a large banner in front of his city hall in protest to Zarif’s visit. “Iran’s Mullahs and its Foreign Minister violate our principles. We do not welcome them,” the banner read.

According to a diplomatic source, “Zarif was not invited to the G7 summit in Biaritz, but he met his counterpart Jean-Yves Le Drian for about three hours, which was followed by a half-hour meeting with [French President] Emmanuel Macron.” French newspaper Figaro reported and called it a surprise visit on Monday.

Zarif’s trip to Europe has turned out to be excessively humiliating for the Iranian regime. Swedish foreign minister, said in response to reporters that nobody invited Zarif and that he traveled to Sweden on his own initiative. 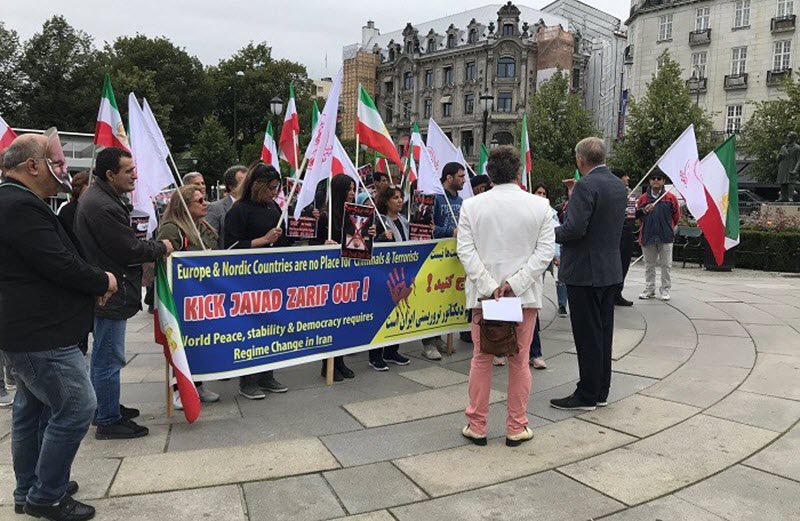 It is shameful for Europe to turn a blind eye on the human rights situation in Iran and accept the representative of such a regime.

The Iranian regime has the world’s highest rate of executions per capita and is the leading state sponsor of terrorism. Internal sources have reported that in the month of August, about 35 people have been executed in Iran. On Sunday, August 25, Marzieh Amiri, a student activist and journalist, was sentenced to 10 years and six months in prison and 147 lashes. Also on Thursday, August 22, security forces arrested Ms. Shahla Entesari, a women’s rights activist. According to reports smuggled from Gohardasht (Raja’i Shahr) Prison in Karaj, the Iranian regime is preventing political prisoners Majid Assadi and Arash Sadeghi from receiving medical care in prison. The state-run Fars agency reported on Saturday, August 24, that 52 youth were arrested for participating in a mixed-gender party.

Meanwhile, Zarif did not hide his real nature during his visit to Sweden, and issued death threats to protesters. Zarif said in an interview with the state-run Press TV that that the protesters, who were in Stockholm to demand Zarif’s expulsion from Sweden, would not survive in Iran or Iraq because they would be eaten alive.

Widespread protests by supporters of the Iranian Resistance against the presence of Zarif showed once again the clear message of the Iranian people: WE WANT REGIME CHANGE and Europe must stop to keep the Iranian regime alive and buy them time.

On Sunday, august 25, Mrs. Maryam Rajavi, the president elect of the National Council of Resistance of Iran, called on G7 leaders to recognize Iran’s regime as threat to global peace and security. 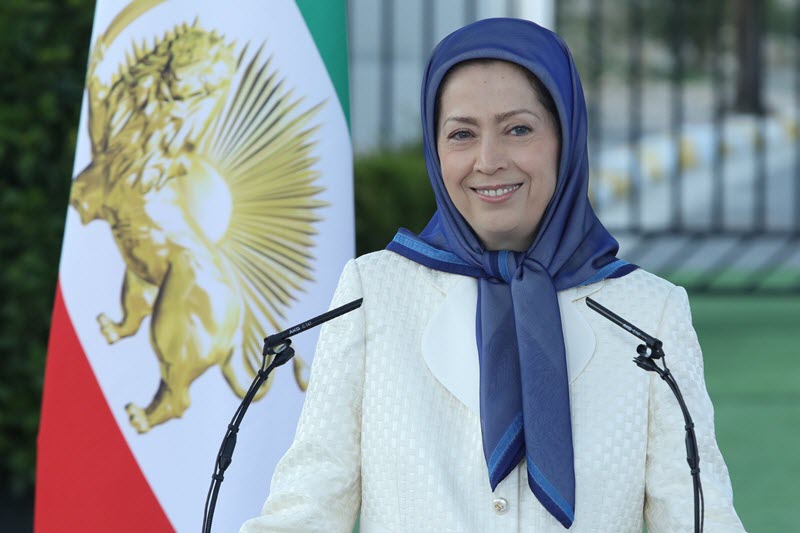 She said “On behalf of the Iranian people’s Resistance, I would like to reiterate:”

“The UN Security Council must declare that the clerical regime in Iran is a threat to global peace and security.”

“We call on all countries to join the international front against the religious fascism” ruling Iran, Mrs. Rajavi stipulated.

“The dossier of human rights abuses and massacre of political prisoners in Iran must be referred to the UN Security Council and international tribunals,” Mrs. Rajavi said.

“The International community, and specifically the European Union, must recognize that resistance is the Iranian people’s right to establish the sovereignty of the people of Iran,” Mrs. Rajavi added.

On behalf of the #Iran ian people’s Resistance, I would like to reiterate: #G7 #G7Biarritz pic.twitter.com/sPAA8X6KTS