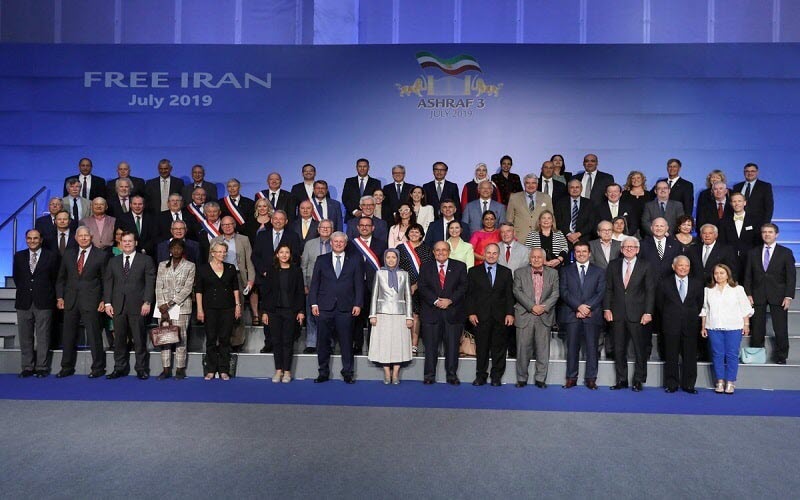 A five-day series of events and conferences have taken place in Ashraf 3 – home of the Iranian Resistance in Albania. Distinguished guests and prominent officials from all over the world participated in the events.

The main event was the Free Iran gathering on Saturday 13th July. Every year, the Iranian Resistance holds this event which has, until now, been held in France, just outside Paris.

Rudy Giuliani said that the Iranian regime must fall because it is responsible for some terrible crimes against humanity. He said that its dictatorship should not be tolerated by any world leaders.

Giuliani had some very strong criticism for the European Union, slamming it for not taking decisive action thus far. He pointed out that democracy has spread across the world because of the pioneering European countries, saying that it is very shameful for them to have such complacency when faced with such brutality and cruelty.

He pointed out that there is “no middle ground” – action must be taken, and it must be taken immediately so that the long-suffering people of Iran can finally be freed from the regime’s rule.

The keynote speech was delivered by Mrs. Maryam Rajavi, President-elect of the National Council of Resistance of Iran (NCRI). She praised Albania for taking decisive action regarding the Iranian regime’s belligerence, explaining that it expelled the regime’s ambassador in the country and his diplomat after Iran’s terrorist plots were uncovered. She called on other countries to follow Albania’s lead in showing the regime that its terrorist actions will not be tolerated and that there will be consequences.

Delegations from all over the world came to the event to voice their support for the PMOI / MEK, saying that the Resistance movement is organised and ready to take the reigns in leading Iran towards freedom and democracy.

Many of the speakers said that they will return to their countries and continue to pressure their governments to take decisive actions against the regime’s belligerence, stating that the people of Iran deserve to be supported by the international community.

The word “ready” came up time and time again. The people of Iran are ready for regime change and the PMOI / MEK is ready for the regime to fall. The circumstances are aligned so that the transition will go as smoothly as possible. The speakers voiced their utter confidence in Mrs. Rajavi who would be the country’s temporary leader until democratic elections can be held.

Mrs. Rajavi has widespread support among Iranians both inside and outside Iran. People in Iran have been voicing their support for Mrs. Rajavi during protests and demonstrations – something that is punishable by arrest, torture, imprisonment or even execution. Just a few years ago, not many people in Iran would have dared to speak out publicly. Now, however, the people want regime change and will settle for nothing less. They have vowed to ensure that their voices are not silenced.