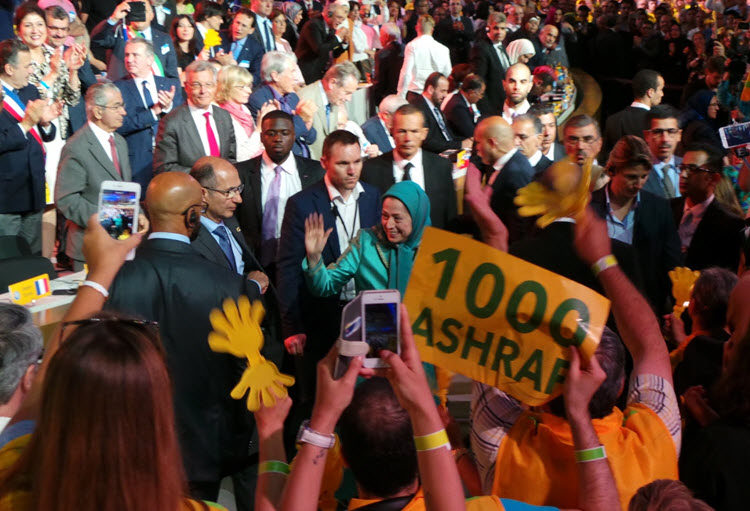 Every year the Iranian opposition holds an important event that sees Iranian people, dignitaries and political figures from across the world reunite and call for regime change in Iran. The event is held in support of the Iranian people who are desperate for peaceful leadership, freedom and democracy.

Named the “Free Iran” rally, it is crucial for the organisers to make sure that policymakers around the world can understand clearly just what the Iranian regime is doing and how it poses a very real threat to worldwide security and stability in the region.

Traditionally, after the rally, dignitaries go home and inform policymakers in their respective countries about how they can deal with Iran and its spread of terrorism, its abuses of human rights and its work on the country’s nuclear and ballistic missile programs.

The organiser – the National Council of Resistance of Iran (NCRI) – is the voice for those who are being silenced by the regime and represent those who were executed. It also represents the people who have had to flee from their homes in Iran in fear of being tortured or executed for having links to the opposition.

Activists from the MEK network inside Iran will be contributing to messages that will be showcased at the event. Former political prisoners will speak about their experiences at the hands of the regime, giving international spectators an insight into how the regime treats its people.

The theme of this year’s gathering is the very real possibility of regime change.

Protests in Iran are on the increase as it becomes clear that there are no improvements in social conditions for the people.

The Iranian regime is also unable to hide the internal disputes that are going on and it is facing a dead-end where agreements cannot be made. Following US President Trump’s visit to Saudi Arabia, the Islamic Republic is facing more isolation than ever before.

Tens of thousands of people will arrive to Villepinte for the rally, showing just a small fraction of the support that the Iranian opposition has. The event will be broadcast across the world, even in Iran.

Instead of just condemning the Iranian regime for its belligerence and its abuse of human rights, the NCRI has solutions to the issues. With decades of understanding, the NCRI is better equipped than anyone to judge the situation. It maintains that military intervention and appeasement are not the solution.

Rather, regime-change can be brought to the country with the help of the people of Iran and the organised opposition. Western governments have ignored this solution for many years, but now, finally, the Resistance is no longer being side-lined.

It vows to bring change and will one day ensure that the people of Iran are free and have their human rights restored.