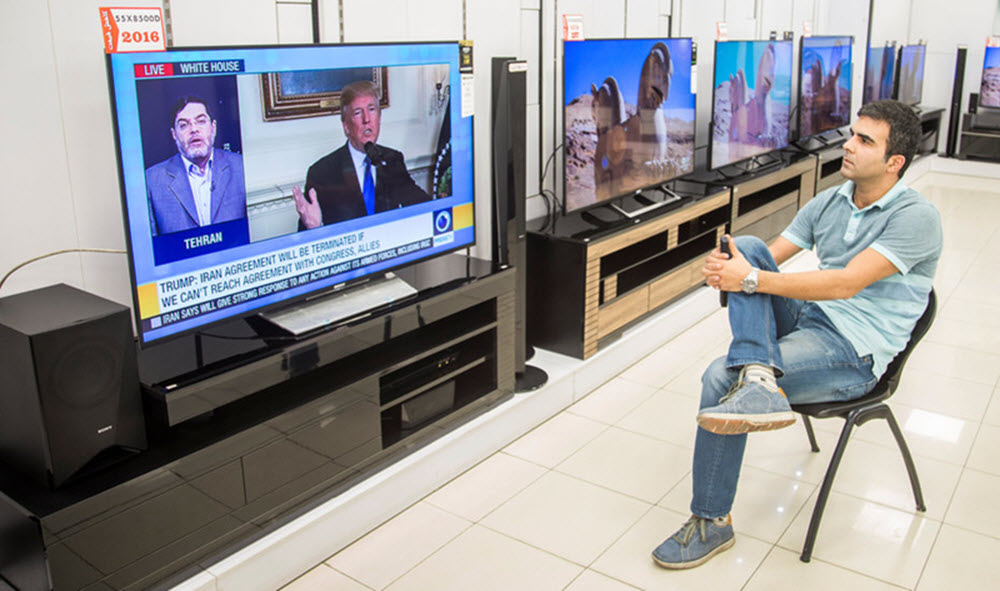 It was reported recently that the national security adviser to U.S. President Donald Trump – John Bolton – had requested the Pentagon to “provide the White House with military options to strike Iran” last year. Many have spoken out about this, including senior officials in the Pentagon, stating that such moves by Bolton could precipitate armed conflict with Iran.

Indeed, many former officials of the Obama administration have voiced their concern too, saying that Bolton’s actions could result in Iran resuming its nuclear activities.

However, despite these concerns, it must be remembered that Iran is not a normal nation. It cannot be reasoned with, as history has shown on numerous occasions. Furthermore, looking back over the past few decades, it has become very clear that treating the Iranian regime with anything other than boldness and tough rhetoric is ineffective.

Most recently, the Obama administration led policies of appeasement towards Iran. His administration promised that concessions in the 2015 Iran nuclear deal would result in the clerical regime becoming more moderate and he turned a blind eye to its continued provocations and acts of belligerence.

Obama even ignored his own red lines with regards to the use of chemical weapons in Syria and he turned his back on the people of Iran when they held a major uprising in 2009. The people of Iran were close to toppling the Iranian regime – which would have been a favour for the international community – but without the backing of the United States they fell short of what was needed to finish the task.

Looking a little further back into history, former President Jimmy Carter proved that going gently with Iran is not a strategy that will show results. In fact, if anything, it makes the Iranian regime even bolder in its actions. For example, Iranian militants stormed the American Embassy in Tehran and Carter tried to bring a resolution that would not result in ties between the two nations being severed. However, all this did was prolong the hostage-taking for hundreds more days. And it cast a shadow over his whole presidency.

Tellingly, while the hostage crisis was ongoing, his administration sent a private message to Iran saying that if any of the hostages were injured the United States would be forced to take military action. Before this message was sent, Iranian officials had been saying that the Americans would be put on trial. All such talk then stopped.

If history has taught us one thing about Iran, it is that it does not respond to anything but force and toughness. This is not a secret and it is something that President Trump has no doubt considered carefully.

Military action is normally a last resort, after diplomacy has been employed.

There is no reasoning with the clerical regime and it can only survive if its malign policies are in place. Its quest for regional hegemony – although slipping further and further out of its grasp – will not be replaced by peaceful policies that will end conflicts and wars in the region.

Rather, peace in the region can only become possible when the Iranian regime has been removed.