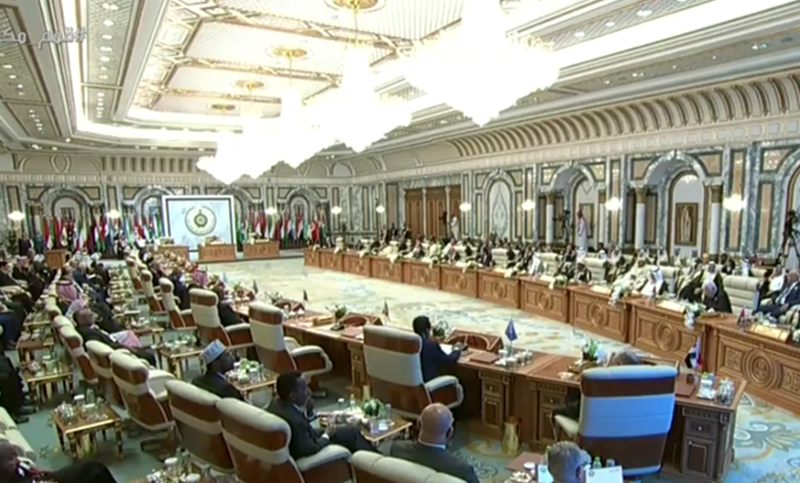 The goal of the Mecca summits, which involve members of the Organisation for Islamic Cooperation, the Arab League and the Gulf Cooperation Council, was to increase unity and understanding between Arab and Islamic states.

This year, the Mecca summit’s final statement emphasised that Iran must cease its hostile and destabilising actions in the region, which has caused great suffering to the Arab and Islamic world. However, despite the people of Iraq has arguably suffered the most due to Iranian sectarianism, their leaders, along with Qatar, opposed the statement due to short-term interests and the fact that Iran holds the balance of power in both countries.

Qatar reportedly refused to adopt the final statement because its wording contradicted Qatari foreign policy imperatives, which is odd considering that Qatar has a senior delegation at the summit and could not have been surprised by its content. It seems obvious that Qatar’s decision comes from its close relationship with the Iran Regime, which slaughters Doha’s fellow Sunni Arabs.

Iraq’s refusal stems from the fact that Iraq is now almost entirely an Iranian colony, with a President from the Patriotic Union of Kurdistan (PUK), a long-term Iranian client and several past PMs with strong ties to hard-line Shia Islamist factions that are backed by Iran. Not to mention that Iraq’s security services are filled with Iranian Revolutionary Guard Corps (IRGC) loyalists and other Shia jihadist proxies who are running Iraq into the ground.

Salih claims he fears an uncontrollable war in the region – something that no one wants – but it is clear that he is more concerned that if Iran falls, the Iraqi government would suffer.

Of course, the real problem here is not Iraq or Qatar, but Iran. Iran is the sole cause of its own meddling across the region and is the reason why Iraq and Qatar would vote against their own best interests. It is imperative that the Iranian Regime is removed from the region and the best way to achieve that is by supporting the Iranian people and their organised resistance forces who will stabilise the country and set up a democracy.