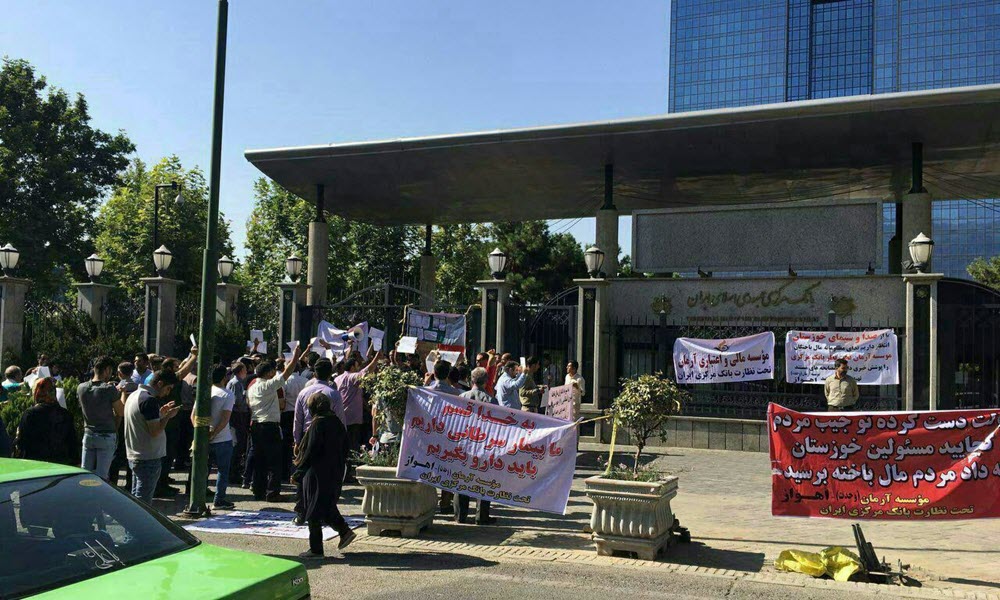 Many credit unions and savings and loans institutions were set up in Iran over the past 12 years, without obtaining a license from the Central Bank of Iran. Accordingly, no one checked their financial viability, internal regulations, or banking experience. Unqualified, even illegal, institutions promised high interest rates to attract depositors. Eventually, it became apparent that these institutions were unable or unwilling to return people’s money, leading to an economic crisis.

A social crisis occurred, as well, as depositors, often retired citizens, staged protests, and demanded action by the authorities. The past year has seen continued mass demonstrations in Iran, and the authorities are concerned about more people taking to the streets.

Parliament already faces a huge budget deficit due to a loss in oil revenues. The reimposed US sanctions have caused an economic crisis for Iran that is unprecedented. The second round of sanctions target the country’s oil exports, which finance most of the budget. The amount needed to deal with the quasi-banks is equal or greater than the budget of many ministries. However, if these institutions go bankrupt, people will lose their savings, and their anger will fuel the continued protests and unrest in the country.

The Iranian fiscal year starts on March 21 — the New Year according to the ancient Iranian calendar.

Now, in order to pay people for their lost savings in the quasi-banks, the government must print money which leads to inflation. By the end of 2018 Iran’s inflation already approached 40%, creating a negative impact on the value of the Iranian currency. In less than a year the value of the rial has dropped three-fold against the U.S. dollar.

The unlicensed quasi-banks came into existence and were operated by virtue of the influence of powerful, well-connected religious and military people. Government officials and the media report about the involvement of Friday Prayer Imams, judges, and other influential people in the quasi-banking business.

Even President Hassan Rouhani said that in attempting to deal with the quasi-banking situation, “Everyone was putting pressure on us and writing to us from various organs. Strange people were asking for favors.”

Hundreds of millions of dollars were collected by quasi-banks, and no one knows where it went, except the people who helped establish these institutions. Meanwhile, ordinary Iranians suffer.