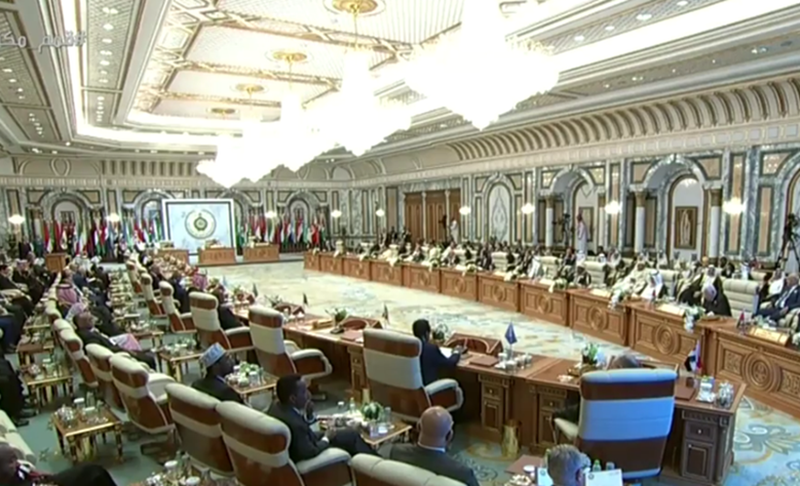 On May 30th, in the holy city of Mecca, the Gulf Cooperation Council (GCC), and League of Arab States (LAS), and leaders for emergency summits met at the behest of King Salman bin Abdulaziz Al Saud, to discuss recent “aggressions and their consequences.”

King Abdulaziz bin Abdul Rahman first established the Kingdom’s policies to coordinate strategies and courses of action with Arab and Muslim allies before confronting challenges that threaten common concerns. Revealing how Riyadh intended to address the latest Iranian attacks on Arab interests, the Custodian of the Two Holy Mosques spoke with determination and emulated the founder’s paradigm both to ascertain Riyadh’s will-to-power as well as defy potential foes.

The monarch wants to avoid half-measures, so he will consult with his partners regarding the enhancement of regional security and stability, after the raids against oil installations inside the Kingdom, and commercial ships off the coast of the UAE.

Attacks like the drone strikes by Yemeni Houthi rebels on a Saudi oil pipeline and the sabotage of four ships off the coast of the UAE requires sophisticated preparations necessitating innate military capabilities. While Iran denies responsibility, the assaults demonstrate Tehran’s recklessness, since it was eminently conscious that any strike on oil facilities would trigger universal condemnation and, as necessary, coordinated reactions.

Iran has previously threatened to block the Straits of Hormuz, but worry a over global military clash stopped it from carrying out such acts of daring. However, many believe that the attacks on Saudi oil installations were Iran’s reactions to the last American-imposed economic sanctions on Tehran.

King Salman’s offers to discuss initiatives to address Iranian interferences are the ultimate attempt to avoid catastrophe. The summits will surely be frank discussions among allies, precisely to respond in a coordinated fashion to these interferences. King Salman’s in the holy city of Mecca is the best place for such talks. Especially, just a few days before Eid al-Fitr 2019 dawns on the Muslim world.

Summit leaders most likely will be discussing how best to avoid a war, but King Salman is equally determined to defend Saudi and Arab interests amid increasing tensions between the US and Iran. In fact, while US President Trump repeated that he was not looking to start a war with Tehran, and Iranian leaders dismissed the possibility of war, Riyadh reaffirmed its readiness to defend itself and its interests with all force and determination if Tehran chose warfare.

The May 30th GCC and LAS gatherings will be followed on May 31st by the 14th Ordinary Session of the Organization of Islamic Cooperation (OIC) under the theme “Mecca al-Mukarramah Summit: Hand in Hand toward the Future.” The “Mecca Declaration,” along with the Final Communiqué of the OIC, will likely address many current issues that preoccupy the Muslim world — including developments in Palestine, the plight of the Rohingya refugee crisis in Myanmar, the growing phenomenon of Islamophobia across the globe, the need to counter terrorism and violent extremism, and a slew of other political, economic, cultural, and social concerns.