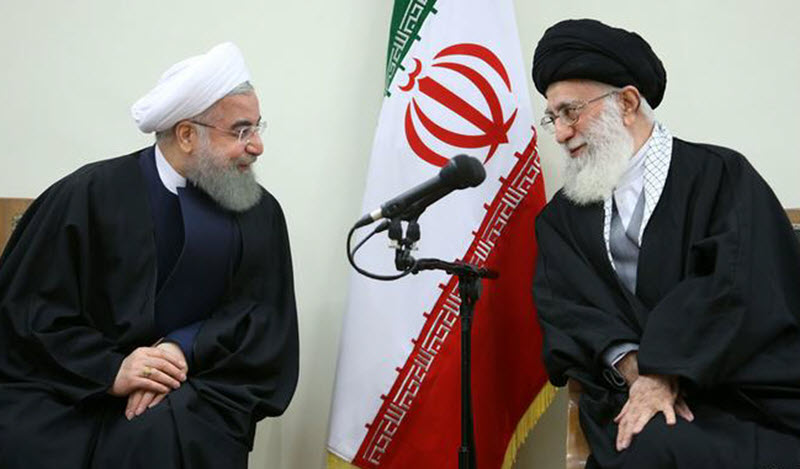 The conservative Iranian newspaper, Vatan-e Emrooz published an article on March 18th, entitled “Towards a Great Birth” that talked about the second step of the Islamic revolution. It stated, “For the second step to become operational the revolution needs to be reborn and its master key isn’t relations with the headman or anything else but increasing transparency in every structure and institution of the Islamic Republic.”

The newspaper also warned, “In its second step, the revolution will automatically purge itself from people who receive astronomical salaries and are still not satisfied, and this purge will happen without bloodshed.”

The socio-economic situation in Iran has become so bad that members of the Supreme Leader Ali Khamenei’s faction talk about a “purge without bloodshed” regarding President Hassan Rouhani’s faction.

In fact, another newspaper allied with Khamenei published an article titled, “The revolutionary path without stop and defeat,” that asked, “How should we start the new year and continue?” In a warning to Rouhani, the newspaper says, “You should always pay attention that you can’t count on foreigners. If the approach is still engaging Europe, you can’t be hopeful that the economic difficulties will be resolved. The nuclear agreement in its life not only didn’t solve any problems but gave birth to other problems too.”

It continues, “The country needs some changes in its structures so that it can cross difficult passes using young, effective, committed, and skilled forces.” It clearly identifies Khamenei’s faction as “revolutionary,” and addresses Rouhani’s faction, saying, “Now is the time to give the management of the country to the front of revolutionaries so that through revolutionary and Jihadi management, they employ the solutions [needed] to solve the problems that were created through a thinking opposed to Islamic Revolution’s thinking.” The article implicitly declares the hardliners’ eagerness to purge the other faction. “Now, after the statement of the second step of the revolution the feeling of revolutionary commitment has been created in the hardworking and energetic camp of revolutionary youth,” it concludes.

Keyhan newspaper, also allied with Khamenei, published an article on March 17th that declared “the greatest achievement of last year” is “the end of the illusion of counting on the West.” Keyhan said further, “We started last year while a majority of officials were sort of strategically disoriented.” It added that, “Sanctions created problems and damages, but the creative mind and the hammer of effort destroy the wall of sanctions, not sitting behind negotiating tables, making concessions, and throwing pens,” and, “Going beyond the illusion of counting on the West and the end of this imaginary fata morgana for the public and officials has been a time consuming and of course costly process.”

Threats of a purge, such as these made toward Rouhani’s faction, is new and demonstrates the pressure being felt by the Iranian regime. Now, it pits moderates against hardliners in an attempt to distract from the truth — that all of it is a façade for the repressive theocracy that rules Tehran.