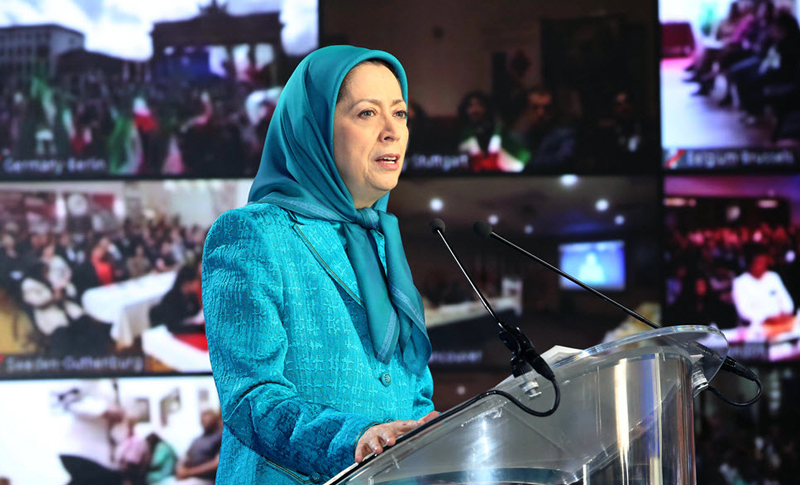 Maryam Rajavi, the President of the National Council of Resistance of Iran (NCRI), has welcomed the adoption of a 66th resolution censuring the flagrant and systematic human rights violations in Iran by the United Nations General Assembly.

She said that the international community must now take effective measures to end the Iranian Regime’s “escalating trend” of human rights abuses and crimes against humanity.

Rajavi said: “Silence and inaction vis-à-vis the countless crimes perpetrated by the religious fascism ruling Iran in the past four decades have emboldened it in perpetuating and intensifying its crimes against humanity. The massacre of more than 1,500 people and youth, the wounding of 4,000 more and the arrest of 12,000 during the nationwide uprising in November is one of the most horrific crimes in the 21st century and by any measure amounts to a crime against humanity.”

She then emphasized that all of the Iranian officials responsible for crimes against humanity and other heinous atrocities in November, including Supreme Leader Ali Khamenei, President Hassan Rouhani, and 92 others, according to a report by the NCRI, must be brought to justice.

Furthermore, it should not just be the criminals involved in the current massacre of political opponents, but also all those involved in previous suppression of protesters including during the December 2017 uprising, the 2009 nationwide protests, and the 1988 massacre of 30,000 political prisoners. Most of the victims of the 1988 massacre were members and supporters of the People’s Mojahedin Organization of Iran (PMOI/MEK).

Rajavi said: “Their impunity must end. The [United Nations] Security Council must recognize the regime’s crimes, including the 1988 and the 2019 massacres, as crimes against humanity so that those responsible are brought to justice.”

She then urged, once more, that the UN form a fact-finding mission to travel to Iran and investigate the November massacre, by visiting the prisons and the prisoners.

Rajavi said that the Iranian regime is “the most barbaric and egregious abuser of human rights in the world today”, having “flagrantly trampled on the Iranian nation’s fundamental rights in all its political, social and economic aspects”.

She said that the regime must, therefore, for this and so many other reasons, be banished by the international community.

The uprising began on November 15 after the regime tripled the price of fuel overnight. It soon spread to nearly 200 cities in all of Iran’s provinces and became political in nature. The Regime launched a brutal crackdown, murdering 1,500 protesters and arresting 12,000 who face torture in jail and the death penalty.