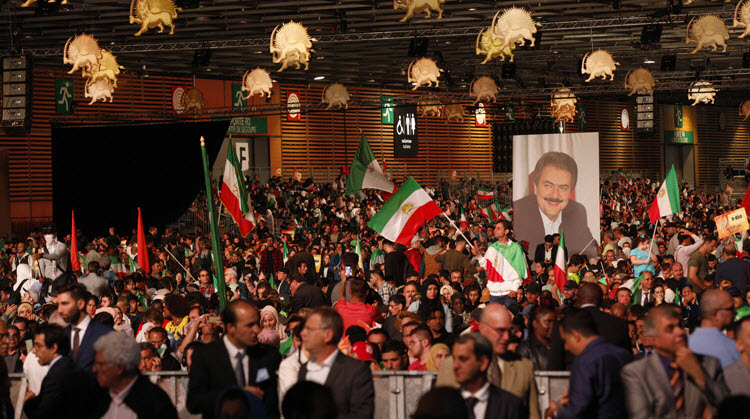 Speakers from different countries, from political and academic backgrounds, formed three panels to discuss Iran and the problems its regime poses for the region, and the for world.  They met in Paris, during the run up to the ‘Free Iran’ Rally hosted by the National Council of Resistance of Iran (NCRI), on July 1st.

“Where is Iran Heading? Tehran’s Domestic and Regional Politics” was sponsored by The Foundation for Middle Eastern Studies (La Fondation d’Etudes pour le Moyen-Orient FEMO), an independent organization providing analysis on the Middle East to European institutions, international organizations, and individuals, and the Alliance for Public Awareness, Iranian Communities in Europe (APA), which is comprised of various associations and individual expatriate Iranians living in Europe including a large number of second generation of Iranian expatriates.

The panel discussion focused on the Iranian regime being the source of the region’s problems, and that the Iranian resistance movement was the viable path toward regime change within Iran. Panelists agreed that there has been an environmental shift over the last few months that the prospect of regime change no longer seems a fantasy. In fact, U.S. Secretary of State Rex Tillerson cited it in recent testimony.

Founder and chairwoman of the Center for Equal Opportunity and former White House staffer, Linda Chavez, said there is a need for a “critical mass” of support for a growing resistance movement, the NCRI, an umbrella group of several Iranian dissident and human rights groups.

Former Democratic Senator Robert Torricelli discussed the evolution of Iranian resistance groups like the Mojahedin-e Khalq (MEK), who were previously ostracized as part of the appeasement policy towards the Iranian regime, but who world leaders now welcome as a partner in dealing with Iran.

Senator Joe Lieberman Former, a former vice presidential candidate, said that the Trump administration must hold the Iranian regime accountable for its actions.

Iran’s recent presidential elections saw many protests, as well as banners and posters featuring the image of NCRI leader Mrs. Maryam Rajavi.  They hung from buildings and freeway overpasses in Tehran. This was an unthinkable act just a few months ago.

The speakers all concurred, and reminded audience members that meaningful change could occur only from within Iran, and external manipulation will be seen as interference by foreign governments.

The panel discussion demonstrated the strength of the opposition movement, and the scale of the international coalition supporting democratic change in Iran.

The NCRI’s president- elect, Maryam Rajavi has outlined a complete 10-point plan for Iran’s future, which will bring about a peaceful democratic Iran and may be closer than ever before imagined.