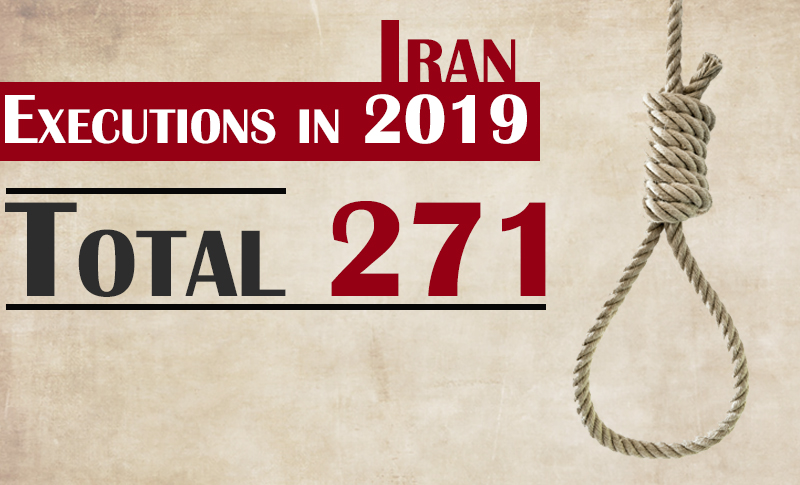 Annual report on the death penalty in Iran of StopFundamentalism.com

The stopfundamentalism.com has recorded the execution of more than 200 individuals since the beginning of 2019 in Iran. At least eight juvenile offenders and 16 women were executed. Six of those executed were political prisoners. The Iranian regime uses execution as an instrument to suppress and silence the Iranian peoples protests and those who live under the poverty line, are unemployed and deprived of freedom of expression.

In March 2019, the Iranian regime’s supreme leader Ali Khamenei, appointed Ebrahim Raisi, who was member of the “death commissions” that ordered the 1988 massacre of thousands of prisoners. On March 5, 2019, the U.S. State Department deputy spokesman Robert Palladino denounced Raisi’s appointment as the head of Iran’s all-powerful judiciary calling it a “disgrace” and a “mockery of legal process” since Raisi is responsible for the deaths of thousands of political prisoners in the 1980s, including the 1988 massacre. 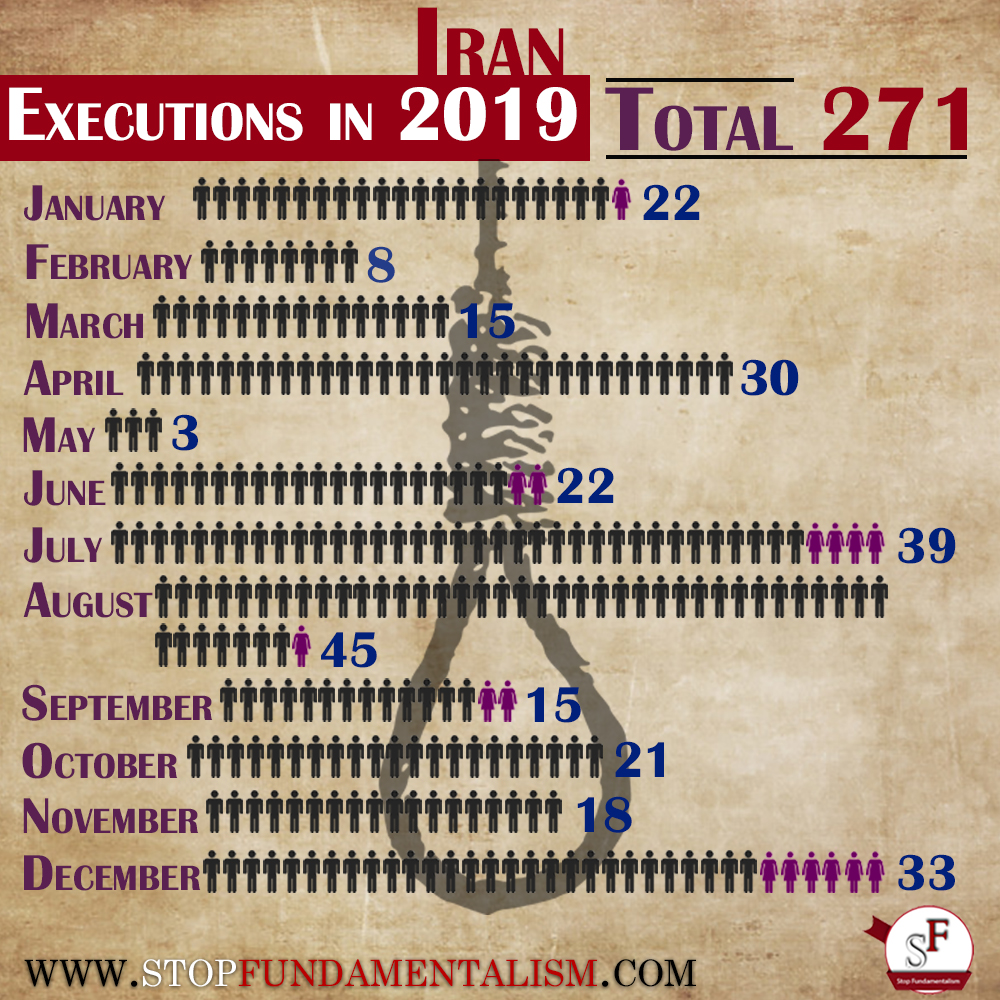 Palladino tweeted (both Farsi and English): “Ebrahim Raeesi (Raisi), involved in mass executions of political prisoners, was chosen to lead Iran’s judiciary. What a disgrace! The regime makes a mockery of the legal process by allowing unfair trials and inhumane prison conditions. Iranians deserve better!”

At least eight people have been executed in Iran in 2019 for offences allegedly committed when they were children. More than 90 other juveniles remain at risk of execution. Many of them have spent prolonged periods on death row – in some cases more than decade.

At least eight prisoners convicted of “waging war on God” or “corruption on earth” has been executed in 2019.

The Tehran Revolutionary Court sentenced a supporter of the People’s Mojahedin Organization of Iran (PMOI/MEK) to death. According to the sentence, the MEK activist Abdullah Qasempour was sentenced to death and eight years of prison on charges of “enmity with God by membership in, endorsement of and cooperation with the People’s Mojahedin Organization of Iran”.

In September 2019, on the first anniversary of the executions of Kurdish political prisoners Zaniar Moradi, Loghman Moradi and Ramin Hossein Panahi, Atena Daemi sent an open letter out of Evin Prison emphasizing her opposition to death penalty.

At the same time, it has shut down many protesters or killed them under torture, including a considerable number of women, during Iran November protests.

Reuters pointed out the direct role of the Iranian regime’s Supreme Leader Ali Khamenei in the crackdown of the nationwide protests. Reuters reported that “after days of protests across Iran last month, Supreme Leader Ayatollah Ali Khamenei appeared impatient. Gathering his top security and government officials together, he issued an order: Do whatever it takes to stop them.”

Mrs. Maryam Rajavi, the President-elect of the National Council of Resistance of Iran,  said earlier: “The world community’s silence and inaction have emboldened the religious fascism ruling Iran to continue and intensify its anti-human crimes against the Iranian people. The time has come to end impunity for those responsible for these atrocities. The regime’s supreme leader Ali Khamenei, its president Hassan Rouhani, and other leaders, who have been perpetrating crimes against humanity, must face justice. I urge the United Nations to form a fact-finding mission to investigate this major crime and visit the prisons and the prisoners in Iran.”