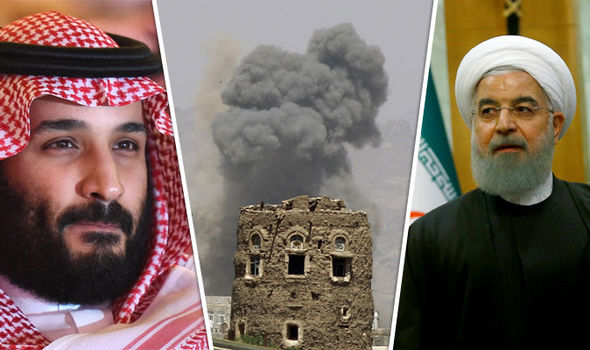 by Saeed
Last year, Saudi Prince Mohammad Bin Salman made the controversial decision to remove his rivals from power and put himself in place to be the next Saudi ruler.
The move was bold.

He has also made other daring moves, including the ordering of destructive missile attacks in Iran-backed militias in Yemeni territory. As well as military casualties, there were also significant numbers of civilian losses. The situation in Yemen is critical and many people are starving.

The Saudi Prince has made no secret that it wants to eliminate Iran – its main rival in the region.
They are at opposite sides of a proxy war and they each represent different branches of Islam. The kingdom is the top Sunni Muslim power, whereas Iran sees itself as the main Shi’a defender. However, the rivalry between the two nations may have absolutely nothing to do with religion or ideology.

Indeed, experts have said that competition is the main cause of tension between Saudi Arabia and Iran. Iran has a large population – significantly larger than Saudi Arabia. It also is in a very favourable geographical position and its economy is quite diverse.

On the other hand, with its American allies, Saudi Arabia boasts a much more capable military force when it comes to specific domains (such as air power). Having the United States as an ally goes in favour of Saudi Arabia for other reasons too, and it is likely that relations between the two will remain strong because of the importance of the kingdom when it comes to international oil markets.

Although tensions have been continually rising between Iran and Saudi Arabia, there has not yet been a direct conflict. They do however have opposing positions in the other regional wars, for example the Yemen civil war.

Saudi Arabia is backing the Yemeni government while Iran is providing extensive support to the Houthi rebels.
Faced with all of the bloodshed that is being witnessed on a daily basis, many leaders are calling for an end to Iran’s intervention.

President Trump has made it very clear that he wants to curb Iran’s belligerence and there are signs that he may impose harsh sanctions on the Iranian regime.

Experts believe that if Iran attacks Saudi Arabia, the United States will intervene. This is very likely, although just how this would happen is unknown. Already, an Iranian missile was fired by the Houthis in Yemen towards Saudi Arabia where it was intercepted. If this continues and populated areas of the kingdom are threatened, it is likely that the Saudis will take the decision to strike Iran directly.

Iran is under extreme pressure at home because of nationwide anti-government protests and calls for regime change. It is doing its best to appear strong – apparent at the recent weapons parade to mark the anniversary of the revolution, but these attempts show that weakness is prevailing. There is no hope for peace and security in the whole region until the Iranian regime is ousted.