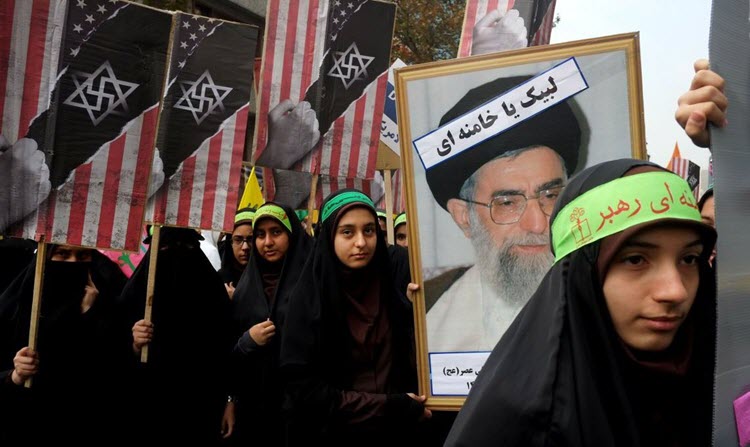 Combat power has been boosted by the United States in Southern Syria and there are rumours that Syria will be the launch site in a confrontation between the US and Iran.

US President Donald Trump has been increasing rhetoric against the Islamic Republic of Iran, slamming it for its violations of the 2015 nuclear deal and its treatment of people at home, as well as the war-mongering it is carrying out across the Middle East.

So, is there going to be a war between the two nations? This remains to be seen.

In 2014, Iran basically opened the gates to ISIS. Tehran’s destructive policies forced the former Prime Minister of Iraq, Nouri al-Maliki, to follow orders from Iran. The terror group has finally left Iraq, but it took three years of devastation in terms of casualties and bloodshed, and there has been a great financial toll. The country has also been left in tatters.

Iran’s influence in the region has done nothing but grow since then, and the US-led coalition is preparing to curb it.

The Iranian regime has made no secret of the importance of Syria to its future. The regime, and the Supreme Leader Ali Khamenei, have highlighted this point on many occasions.

Khamenei recently said: “Had the ill-wishers and plotters not been prevented from their evil deeds in Syria we would have to prevent them in the Iranian provinces of Tehran, Fars, Khorasan and Isfahan, so it is better we do it there. The door for martyrdom, which was closed by the end of the war with Iraq, is now open in Syria.”

A military intervention is not the first solution. If this can be avoided, all the better for everyone; if the Iranian regime responds in the right way. Iran is rouge and has a history of deception. It is focused on its dominance over the Middle East and is interfering in the affairs of many other nations. Iran has been responsible for the deaths of countless civilians and has been involved in war crimes. It continues to export Islamic fundamentalism, extremism and terrorism. Iran has also been propping up Syrian dictator Bashar al Assad for years.

The National Council of Resistance of Iran (NCRI), the main Iranian opposition, has been calling for the overthrow of the regime and has devised a plan to move forward.

At the weekend, the President-elect of the NCRI Maryam Rajavi spoke about a tolerant vision of Islam that contrasts to that of the mullahs’ regime.

She detailed an initiative with three steps and called on all the world leaders to support it. Her first point was regarding the Islamic Revolutionary Guards Corps (IRGC) who she believes should be designated as a terrorist group. Mrs. Rajavi pointed out that it is the main operative that is advancing the nefarious policies of the regime.

Secondly, she urged the Organization of Islamic Cooperation (OIC) to expel the mullahs’ regime and to give its place to the Iranian people’s Resistance.

Finally, she said that the struggle of the Iranian regime must be recognised and democracy and freedom must be granted to the people via the overthrow of the regime.