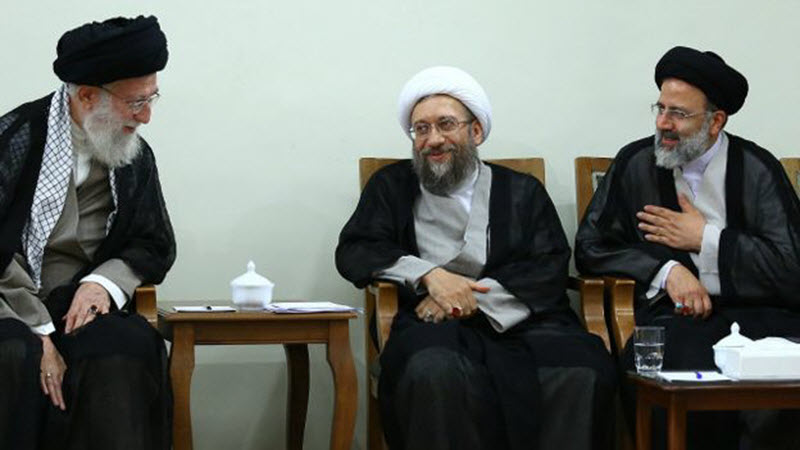 Supreme Leader Ali Khamenei’s appointment of known human rights abuser Ebrahim Raisi to the head of the Iranian judiciary only spells dark times ahead for human and civil rights defenders, according to Iranian attorney Abdolkarim Lahiji.

Khamenei appointed Raisi because of his commitment to Islamic Justice, which Lahiji says is code for the human rights abuses that have been common in the Regime since day one.

Lahiji said: “[This] sends two possible messages to the Iranian people. One is that oppression will intensify and second it tells the millions who did not vote for Raisi in the presidential election that only one man has the last word in the Islamic Republic and that’s Khamenei. Khamenei is telling the people “you didn’t approve Raisi, but I approved of him for you as the most senior judicial figure in the country.” It’s an insult to the people of Iran.”

Lahiji, who is currently in exile in France, explained that prior to Raisi’s most recent appointment, the 58-year-old had served as a prosecutor in Tehran, former Presidential candidate, chief prosecutor for the clergy, and a member of the Assembly of Experts and the Expediency Council.

However, the role the Raisi is infamous for is his position on the Death Commissions in Tehran in 1988, when he sent thousands of political prisoners to their deaths after show trials that lasted mere minutes.

The massacre was ordered by then-Supreme Leader Ayatollah Ruhollah Khomeini who wanted to eliminate his political opposition and killed some 30,000 people, whose bodies were left in mass graves. There has never been any independent investigation and none of those responsible was punished. Instead, they were promoted and protected.

Lahiji advised that because of Raisi’s role in the 1988 massacre, the Kahrizak tragedy, the thousands of arrests and deaths, he is on the European Union’s sanctions list and is blocked from travelling to the EU or holding property there.

Lahiji said: “If [he travels] to any EU country they could be arrested and tried for transnational crimes based on the European Convention [for the Prevention of Torture and Inhuman or Degrading Treatment or Punishment]. Based on Article 1 of the convention, physical punishments other than torture are also considered crimes and as we know, floggings and amputations are legal in the Islamic Republic.”

Lahiji said that the UN Human Rights Council could help to hold Iran accountable by investigating the 1988 massacre, but that this is not likely at the moment.

He said: “That does mean that the victims’ families and human rights groups should lose hope in seeking justice or stop working for the truth. The day will come when those responsible for this massacre will be identified and held accountable.”