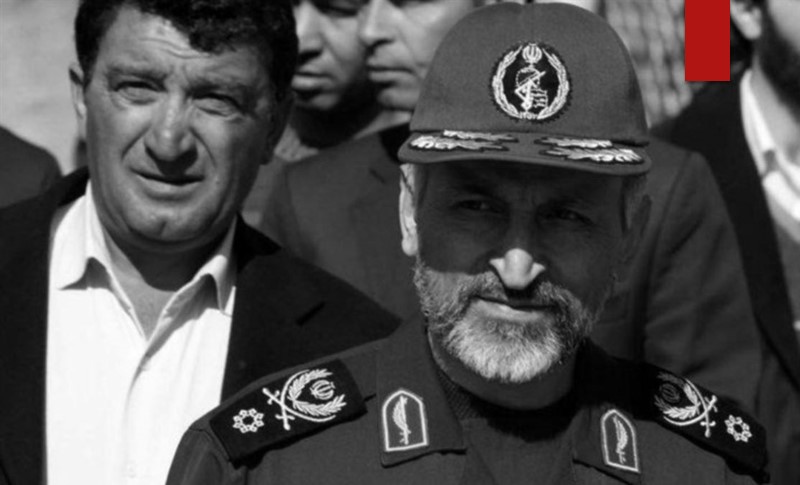 The Islamic Revolutionary Guards Corps (IRGC) Commander-in-Chief has appointed Brigadier General Mohammad Hejazi as the Deputy-Commander of the Quds Force, which means that we should look at Hejazi’s life.

In 2009, while serving as the commander of the IRGC’s Sarallah Base in Tehran, he took part in a brutal crackdown against peaceful protesters in Tehran during the nationwide post-election protests in 2009.

Hejazi was sanctioned by the European Union in 2011 for his role in the suppression of protests and human rights violations, but he has been on the sanctions list for the US Department of State since 2007.

He is replacing Ismail Qaani, who was promoted to Commander of the Quds Force after Qasem Soleimani’s death.

The inaugurations for Qaani and Hejazi were held on Monday, with Mohammad Baqeri, Chief of Staff for the Armed Forces, and Hussein Salami, the Commander in Chief of the IRGC in attendance.

Soleimani was killed in a US drone strike in Baghdad on January 3. The regime has tried to paint him as a beloved “hero”, bussing in thousands to take part in his funeral, mostly bribing or forcing the people to take part.

According to specific information obtained by the People’s Mojahedin Organization of Iran (PMOI, Mujahedin-e Khalq or MEK) from within the Iranian regime, the regime’s embassy and consulates in Baghdad, Basra, Karbala and Najaf are under the control of the IRGC and its Quds Force.

For example, everyone in the armed forces, security apparatus, government institutes, and government-owned entities were told to take part and bring their whole family. (In Gohardasht prison alone, all administrative personnel, 90% of the medical staff, 70% of the protection and security personnel, 60% of prison guards, 90% of the technical staff, all magazine personnel, 80% of services’ personnel and 40% of the kitchen personnel were forced to attend.)

Many educational centres were closed and students were required to attend. Some had even been forced to write fawning letters of admiration for the terrorist. Many stores were forced to close and taxi drivers told to display Soleimani’s photos on their windshields

While in Shiraz, citizens were bribed to attend with the promise of “free breakfast, lunch and dinner”, as well as free bus services, and in Varamine, which is closer to the event, funeral attendees were offered free dinner.

This is a big deal when 80% of the population is under the poverty line and cannot afford to feed their families.

However, ordinary Iranians have expressed their hatred of the “child killer” by destroying his posters put up by the regime.