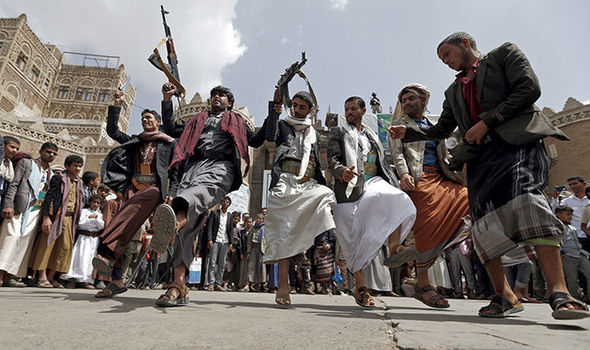 It is believed that the regime in Tehran is responsible for the Houthis’ targeting of Bab al-Mandeb Strait in the Red Sea. Passages used for oil transport, like the Strait of Hormuz in the Gulf, have been under threat by Iran.

By doing this, Iran can fulfill its promises against the US and the region’s countries without bearing direct responsibility. As well, the Yemenis will be held accountable, not the Iranians.

Iran can succeed in partially obstructing oil export, and can stir chaos in the global oil market, if it halts countries like Saudi Arabia from transferring their oil through the Red Sea.

The West and the US made a mistake dealing with the Iranians at the beginning of the conflict, when it considered it the country most involved in the region, and dealt with Iran’s agents as independent organizations. The US thus limited its confrontation with Tehran to small groups.

Abdulrahman al-Rashed, former General Manager of Al Arabiya News Channel, internationally acclaimed journalist, and former editor-in-chief of Asharq al-Awsat, said, “If the West had in the 1980s and 1990s viewed the practices of these organizations as directly affiliated with Iran, there wouldn’t be Hezbollah, Hamas, Islamic Jihad, Asa’ib Ahl al-Haq and others.”

The Houthi Movement is allegedly an Iranian organization that takes orders from Tehran, and this attack on Bab al-Mandeb executes the threat that Iranian commanders made in response to White House decisions.

They threatened that they will obstruct oil exports in the Gulf.

General Qassem Soleimani, Iran’s Revolutionary Guards’ Quds Brigade commander, made statements that may be just a distraction from the real plan. Many believe that this plan is to appoint the Houthis to carry out this task. Then Iran will not have to dirty its hands. It can impose its influence and conditions without any consequences.

Except in Syria during the past years of war, no opposing state tried to build agents to balance the conflict of proxies or militias. After the failure of its proxy Hezbollah, Iran had to send troops to be directly involved in the fighting. Iran failed in confronting the armed Syrian opposition so it obtained the assistance of Russian forces.

The Iranians will not stop regional meddling, spreading terrorism, or interfering in Lebanon, Syria, and Iraq unless the regime in Tehran is held accountable and pays for its crimes.